Scenes from the scene: Guy Kawasaki at SCNTM 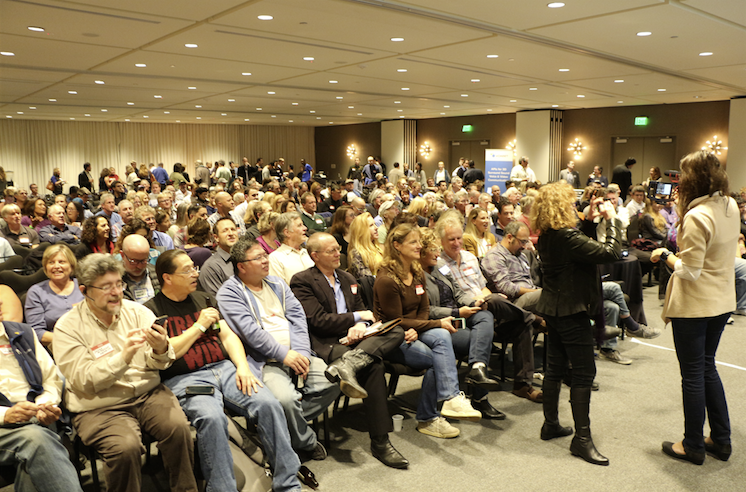 [Editor’s note: Photojournalist Jan Janes captured images from the scene at the November 2016 Santa Cruz New Tech Meetup. Attendees came to hear author and Canva evangelist Guy Kawasaki talk about social media rules of the road. As always, he was on point, irreverent and funny. If you missed it, the video of the event is available online here.]

(Photo above: More than 400 people filled the main ballroom of the Paradox Hotel in Santa Cruz to hear Guy Kawasaki talk about his new book, The Art of Social Media. All photo credits: Jan Janes Media) 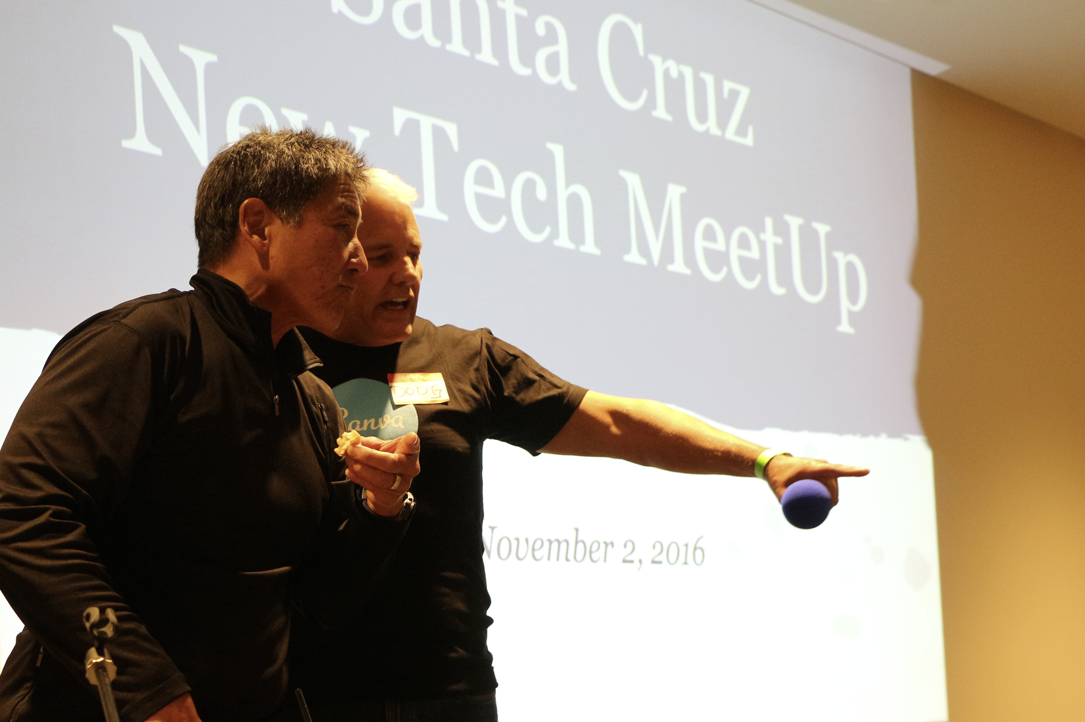 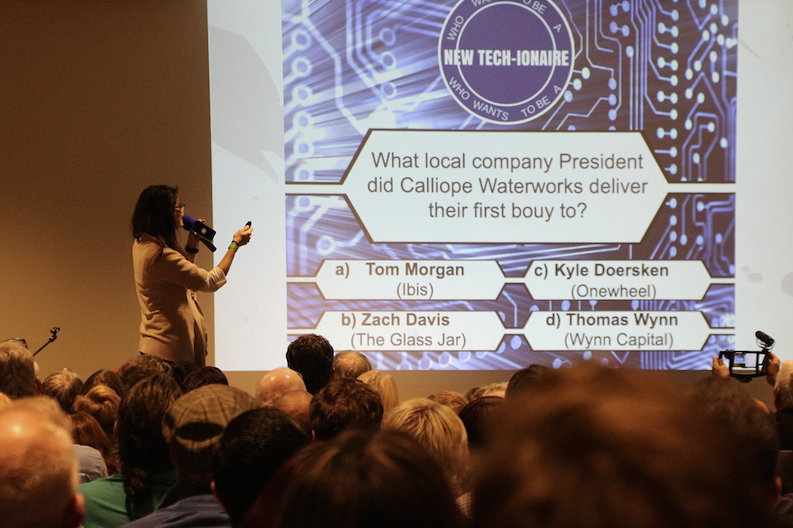 Looking to win smart watch wristbands, the audience played New Tech-ionaire along with Amanda Rotella, coordinator with the Santa Cruz Economic Development Department. Rotella runs a quiz game at the meetup each month based on articles she reads in Santa Cruz Tech Beat. 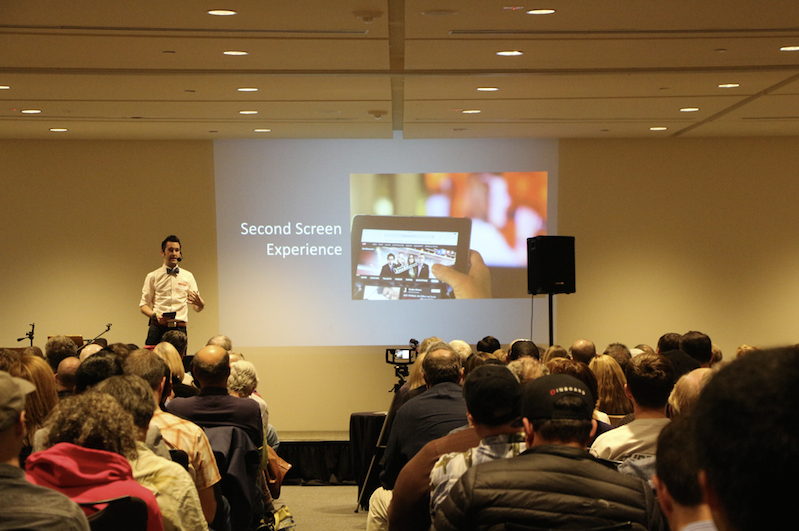 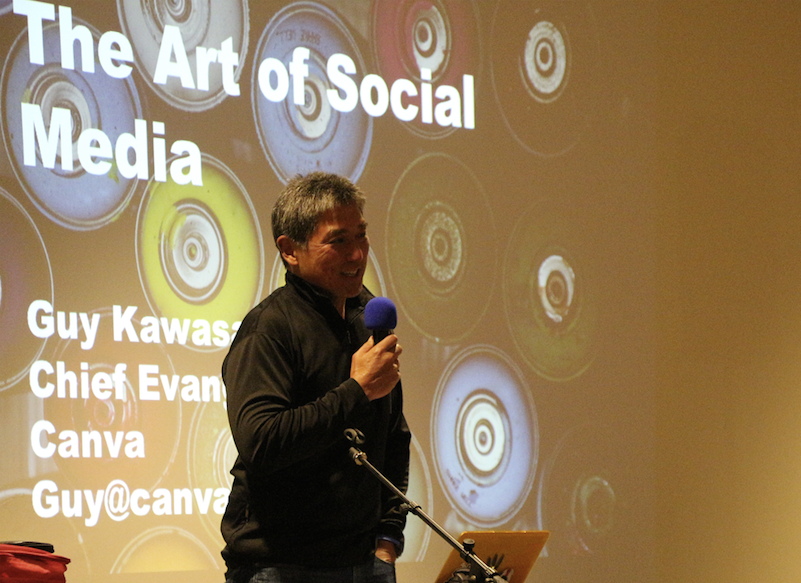 Guy Kawasaki – now a part time Santa Cruzan! – offered warmth and humor as he described the do’s and don’ts of social media and how he “makes the sausage.”