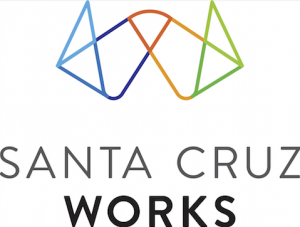 “There is a large group of workers commuting over the hill daily. The mission of Santa Cruz Works is to make those professionals more aware of the growing opportunities right here at home.”

“The timing is right for this,” said Bob Cagle, CEO of productOps and President of Santa Cruz Works. “We have seen a tremendous amount of activity among start-ups in Santa Cruz and continued growth of existing science and technology companies here. There is also a large group of workers in all functional areas commuting over the hill daily. The mission of Santa Cruz Works is to make those professionals more aware of the growing opportunities right here at home. We hope this will create a win-win: local talent growing local companies and less commute traffic long-term.”

SantaCruzWorks, a 501(c)(6) nonprofit organization, provides company profiles and a special LinkedIn tie-in that allows visitors to find out who in their network is connected to a given company. 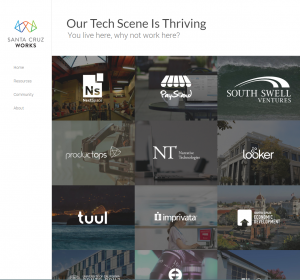 “We hope engineers, sales, marketing, finance and operations people will learn more about Looker from the Santa Cruz Works web site and see the local opportunities available. We also hope to share best practices among participating companies to enhance all of our abilities to grow successful companies in Santa Cruz,” said Carolyn Hughes, VP of Talent and Culture at Looker.

UCSC and the City of Santa Cruz joined as founding board members to make Santa Cruz Works a true public/private partnership.

“The launch of Santa Cruz Works aligns with the city’s agenda to create a diversified economy with more high paying jobs,” said Bonnie Lipscomb, Director of Economic Development for the City of Santa Cruz. “We want the growing science and technology community to thrive here at home.”

Scott Brandt, the Vice Chancellor for Research at UCSC and Santa Cruz Works board member said:

“UCSC is dedicated to contributing university developed science and technology into the community at large, and Santa Cruz Works provides an excellent forum to stimulate this two-way process. We are excited about this public/private collaboration and know that it also increases the opportunities for our students to find local career opportunities.”

Along with web and social media, Santa Cruz Works plans to roll out a marketing campaign that includes print, radio, and a billboard.

“We’re excited about the possibility in the air and intend to capitalize on the growing interest, talent and capital in Santa Cruz,” said Cagle. “Perhaps many more people will decide they’ve had enough of the commute.”