Lise Quintana in Fast Company: How to Build a Feminist Workplace 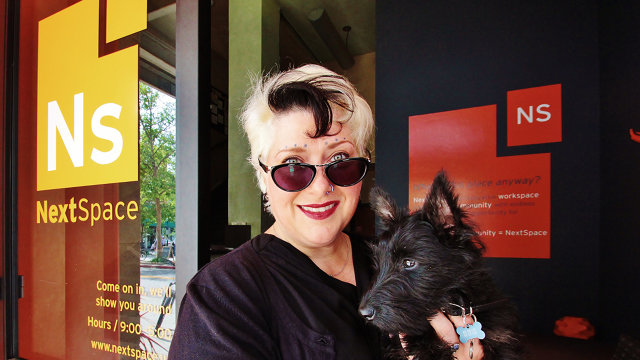 [Editor’s note: Lise Quintana, founder of Santa Cruz based Narrative Technologies, was recently featured in Fast Company. The text below is excerpted to highlight Lise. Find the link to the full article below.]

Companies adapt to the needs of women, so employees aren’t required to lean in too far.

Jane Park, CEO of the Seattle-based cosmetics company Julep, is fired up about the recent Hobby Lobby ruling.
I can tell it’s on her mind because one minute we’re talking about the design of nail polish bottles and a second later, she shifts gears, taking us in an unexpectedly political direction. “Last month, the Supreme Court reaffirmed that companies are people but I really don’t think that’s true,” Park says, out of the blue. “A company is not one human being; if anything, it’s a mini-society. There are many ways that rules of a company impact our lives more than the rules of a government.”

Park has spent decades thinking about the policies that affect women’s lives–it was the focus on her public policy degree at Princeton and her law degree at Yale–and today, as a businesswoman, it remains one of her biggest concerns. “As a head of a company, I see a huge opportunity to create the kind of society we want,” she tells me.

Her timing is great–we’re in a moment when company heads such as Sophie Amoruso of the online retailer Nasty Gal are proving that strong female leadership can be good for both morale and the bottom line.

It’s been a little over a year since Sheryl Sandberg’s Lean In hit bookstore shelves, sparking a nationwide discussion about gender in the workplace. While many praised the book, calling it an invaluable manual for women keen to assert themselves at work, critics argued that Sandberg was urging women to adapt to a broken system rather than demanding that corporate America adapt to women’s needs. The good news for Sandberg detractors is that business leaders across the country are busy building a feminist workplace that allows women to thrive in their careers without having to lean in too far.

<Skipping to the Lise Quintana section now. Read full article if you don’t want to skip.>

On an organizational level, Park encourages managers to clearly communicate with their team members about what their goals and priorities are, then give them the autonomy to manage their own time and take time off as necessary.

Lise Quintana, founder of the San Francisco tech startup Narrative Technologies, has a similar approach with her workers.

“If an employee needs to leave early to take care of a child or a parent or their own self, they should do that,” she says. “It is about treating them like grown-ups and trusting that they will complete their work.” Quintana also makes the case that it is downright sinister for employers not to accommodate the particular situations of their workers. “That’s treating your employees as products,” she says. “If your employee is suffering some kind of personal crisis, it is not acceptable to get rid of her and replace her with a shiny new employee.”

However, it is not enough to tell employees they have these rights. Falk says that workplace culture will not change if women do not feel like they can take advantage of these benefits without managers thinking poorly of them. “If no one is taking vacation, then of course you are going to think twice before taking family leave,” she says. She argues that business leaders should reinforce the culture by speaking up, urging employees to go home when they are unwell or have family issues. “This feeds into the idea that the organization cares about you as a person; the little steps build up to making employees feel more comfortable taking advantage of those bigger policies.” Park says that senior management also has a responsibility to serve as role models and take advantage of these policies themselves. When Park’s co-founder and COO gave birth to twins, she had to take extended maternity leave and currently works part time. “We’re making it clear that we are keen to hang on to our employees during tricky periods in their life,” she says.

But perhaps the hardest part of creating a feminist workplace is ensuring that women’s perspectives are respected. In many offices, women’s voices are undermined in subtle ways that are hard to address. Quintana tells me that she worked for several large technology firms where she was one of a very small number of female employees.

“It felt like I was working two jobs: doing whatever work I already had to do, then playing the ‘token girl’ role in PR efforts,” she recalls.

In meetings away from the public eye, meanwhile, her comments would often be ignored; when a male employee made the same point five minutes later, senior management would be all ears. She started her own company, in part, to escape this ongoing marginalization.

Quintana is not alone in her desire to launch her own business after a lifetime of unsatisfying experiences in workplaces where men set the culture. A report last month noted that one in 10 women in the U.S. is starting or running her own company and that these women entrepreneurs are three times happier than women who work for someone else. This bodes well for women desperate to escape staff meetings where they might as well be invisible.