Ted Holladay Roast: do you think anyone will mention his hair? 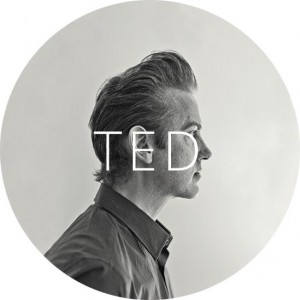 has just announced a Roast of local designer Ted Holladay, the main creative behind Studio Holladay. (Think anyone will mention his hair?)

This very special event will be:

This event is free but you must register.

So come join the fun! Roasters include:

And now, for some serious stuff about Ted (from http://www.eventsantacruz.com/speakers/ted-holladay/):

Ted Holladay has been leading cross-disciplinary strategy and creative teams toward a shared vision for more than 20 years. He began his career as a designer for a printshop, and in 1990 pivoted toward marketing, design and advertising. He served as a senior art director in the San Francisco Bay Area during the explosive dot.com boom. In 1997, Ted began freelancing, and after working for one year in-house as creative director for McGraw-Hill’s CTB division in Monterey, he founded Studio Holladay with the intent of creating a brand communications and design firm like no other. At Studio Holladay, Ted has led the creation of comprehensive design, brand and marketing programs as well as digital marketing projects for regional and national-tier clients such as Microsoft, Apple, Plantronics, the Santa Cruz Redevelopment Agency, The Museum of Art & History in Santa Cruz and the Santa Cruz Public Libraries. 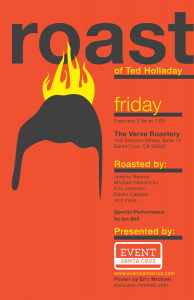