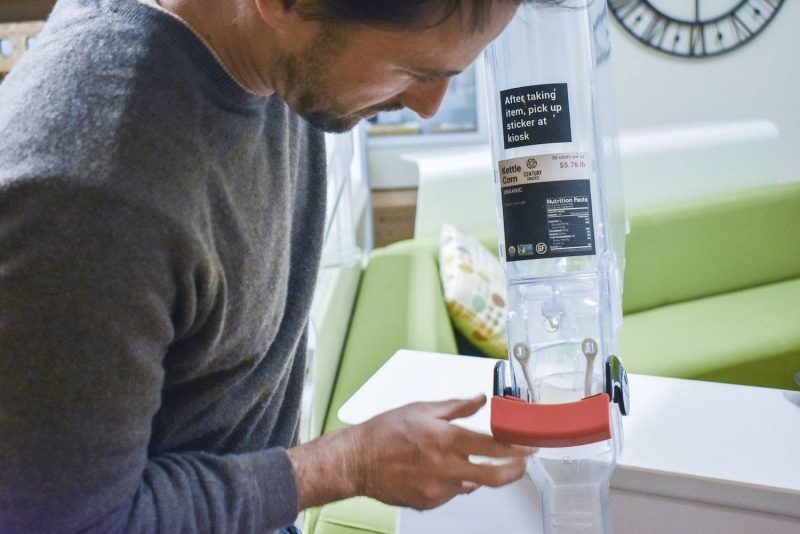 By Karin Van
The Counter

[Editor’s note: this post is excerpted from a more comprehensive article on tech startups reinventing the bulk aisle. To read the full article, click here.]

For decades, big brands have called the shots in the grocery sector, even if they don’t actually operate supermarkets. As The Counter has previously reported, grocers have effectively outsourced their marketing to the big consumer packaged goods (CPG) companies; it is food companies, not supermarket chains, that we typically see spending millions on prime-time TV ad buys. Supermarkets’ allegiance to household-name food brands—who don’t appreciate the anonymity in the bulk section and have quality control concerns about selling their goods loose—has helped to diminish the status of bulk. And though the alliance between food companies and grocery stores has frayed somewhat, most grocery chains still view Big CPG as a key partner in their success.

That’s meant that innovation in the bulk sector has largely come (if it’s come at all) from outside sources, and not from supermarkets themselves. The companies and nonprofit groups battling on bulk’s behalf typically have agendas of their own, whether it’s reducing waste, increasing social equity, improving public health, or simply finding a way to break into a less competitive, potentially lucrative area of the supermarket. All these groups tend to agree on one thing: the bulk section is just too user-unfriendly for its own good.

“Right now, when you go to the hippie bulk food aisle, the experience sucks,” said David Conway, an entrepreneur based in the San Francisco Bay area [specifically, Santa Cruz], whose business SmartBins is intent on reinventing this overlooked aisle of food retail. “We’re trying to change that and make it a more friendly experience.”

Initially, Conway had wanted to start his own zero-waste store, like the many others popping up in the Bay area. A sailor and veteran of the Coast Guard, he had spent a lot of time at sea and saw his fair share of plastic pollution and longed to do something to stop it.

“I just saw so much stuff and I really started asking, ‘What is all this trash?’ I found out that most of it is simply food packaging!” Conway wasn’t wrong; According to a 2018 audit by Ocean Conservancy, of 23.3 million pounds of trash on beaches in more than 120 nations, plastic packaging from food was the most commonly found item. Purchasing food without packaging could help solve this global crisis. But currently, the most accessible way to purchase food package-free is through the bulk section of the supermarket.

The Conways’ early designs have involved attaching sensors to pre-existing bulk bins. Eric Bodnar, co-founder of the Santa Cruz-based lab Velvetwire, is responsible for the sensor technology that makes them possible. “It’s a sticker that does structural analysis of whatever its affixed to,” said Bodnar in an interview, demonstrating on a cricket bat in his lab. (Recently, the same sensors were used in Fox Cricket’s Smash Factor, a new feature that delivers audiences real-time data from sensors attached to players’ cricket bats. In the future, the idea is to bring the same to baseball, says Bodnar.) As goods flow through the dispenser, their volume is measured instantly—no weigh-and-pay required.

But this is just the tip of the iceberg for the Conways, whose end goal is to use bulk to redesign grocery supply chains altogether. They’ve spent the last few years developing a new type of fully automated, modular shelving unit and are preparing a crowdfunding campaign to raise money for a new grocery store in San Francisco in which to house them.