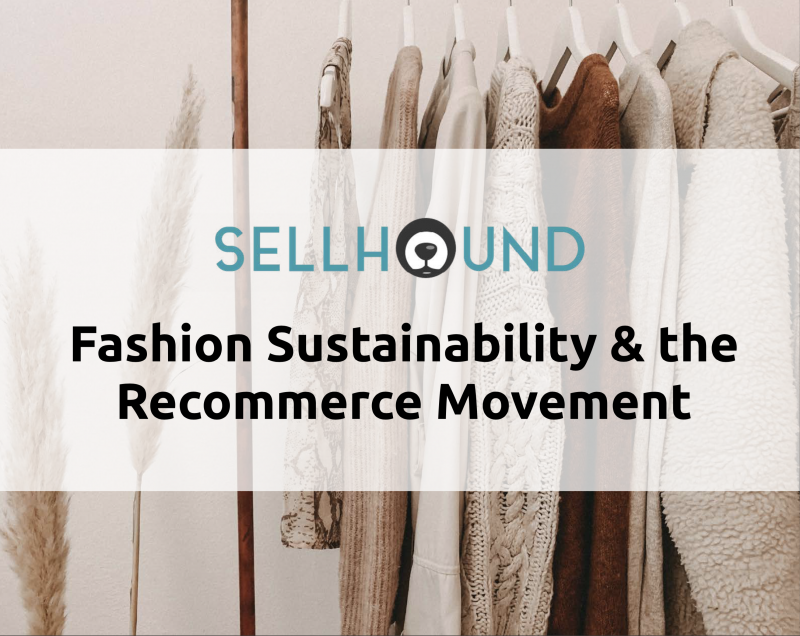 Millennials resell on second-hand marketplaces to empty closet and to promote sustainability, but money is primary motivator.

Nearly three-quarters of respondents said they felt shocked or betrayed that the majority of donated clothes end up in garbage dumps.

SellHound, the leading automated reseller listing app, commissioned a study of 1,000 US respondents who had sold clothing on second-hand marketplaces to better understand feelings around selling clothes online. Respondents were drawn to reselling because of streamlining their closets and sustainability, but the primary motive was to make more money.

Recently, reports have emerged that Goodwill and other donation centers send around 85 percent of donated clothing to landfills or incineration. Nearly three-quarters of respondents said they felt shocked or betrayed that the majority of donated clothes end up in garbage dumps. Selling items is the most popular choice (46 percent) for respondents when they clean out their closets followed by donating (40 percent) clothing to organizations like Goodwill.

An overwhelming majority of respondents (95 percent) have been inspired, at one point or another, to clean out their closets. The top reason for doing so (73 percent) was to make room for new clothes. Interestingly, the fourth most popular inspiration for respondents to clean out their closets was Marie Kondo, also known as KonMari, a Japanese organizing consultant and author.

New technologies and online marketplaces have made it easier than ever before for people to sell second-hand items online. According to GlobalData Market Sizing, the resale market is set to grow $51B by 2023 from $24B in 2018. Survey respondents’ favorite reseller marketplaces were eBay (70 percent), followed by Facebook Marketplace (39 percent) and Poshmark (21 percent). Interestingly, over one-quarter said they would quit their jobs to become full-time resellers if they were able to make a living.

However, the time it takes to craft listings for these online marketplaces was one of the greatest pain points for resellers. Respondents reported the most difficult aspects of creating a listing as identifying a competitive price for an item (68 percent), followed by taking great product photos (46 percent) and writing a descriptive and competitive listing (16 percent). Crafting a listing in its entirety is quite a time-consuming process – for nearly three-quarters of respondents, it takes over 10 minutes to craft a listing, with 15 percent spending longer than 20 minutes.

Gen Zs and Millennials are spearheading the tremendous growth of the resale market. Streamlining the creation of listings for reseller marketplaces will likely enable the online resale commerce – or “recommerce” – industry to grow and prevent more second-hand items from ending up in landfills.

“It is fantastic to see the recommerce market growing exponentially as people turn to second-hand marketplaces to sell their used items and extend the life of stuff,” said Suzanne Wouk, CEO and co-founder of SellHound. “We are thrilled to be at the forefront of the reselling industry, which has the power to eliminate so much waste and positively impact our environment. The SellHound App is the Virtual Listing Assistant that so many have been waiting for to alleviate the most common pain points. We look forward to easing the burden of reselling to fuel the recommerce movement and make the world a cleaner place.”

View the SellHound report to learn more about the sustainable fashion movement.

About SellHound
SellHound is an AI-powered app that enables users to sell on eBay like a pro (with additional marketplaces coming soon.) Just snap a couple of photos of the item you want to sell and the app will do the rest (no typing needed) . After searching multiple secondhand marketplaces, SellHound creates the most effective SEO-optimized listing for your item, complete with suggested selling price and description, and posts your listing to eBay. Joining the recommerce movement through reselling is now quick, easy and profitable. To learn more visit www.SellHound.com or follow us on LinkedIn, Facebook, Instagram and Twitter.