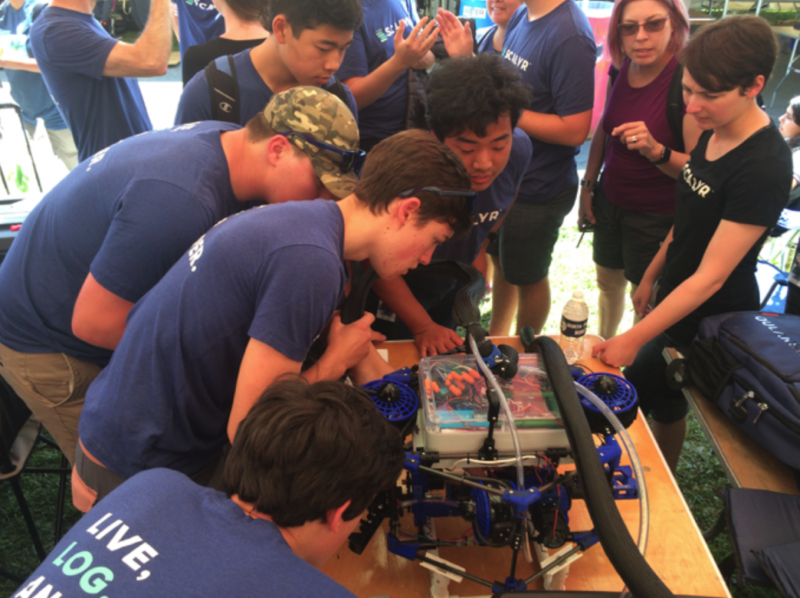 Through a whirlwind three days of piloting, demonstrating, and presenting, the Aptos High School team won both ROV speed and ability and marketing display categories, placing them first overall against 45 teams from 19 different countries.

Hundreds of aspiring engineers from around the globe arrived in Kingsport, Tennessee during the week of June 20-22, bringing with them robots designed to accomplish complex tasks underwater. For the third year in a row, Aptos High School’s Seal Team Scalyr competed in the International Marine Advanced Technology Education Remotely Operated Vehicle (MATE ROV) competition, and for the second time they have won. Their first international win was in 2017 when they won the championship against the next highest team by one point.

Mr. Joe Manildi, Aptos High School Science Teacher and Robotics Club Faculty Mentor, was thrilled with the accomplishment: “This is an exceptional team, students have worked extremely hard to earn their place as the world champion ROV team. They dedicated hundreds of hours to design, build, organize and test their robot, with each person working both individually and as a team. They are dedicated, hard working, talented, kind, fun, and have learned to work together and trust each other.” 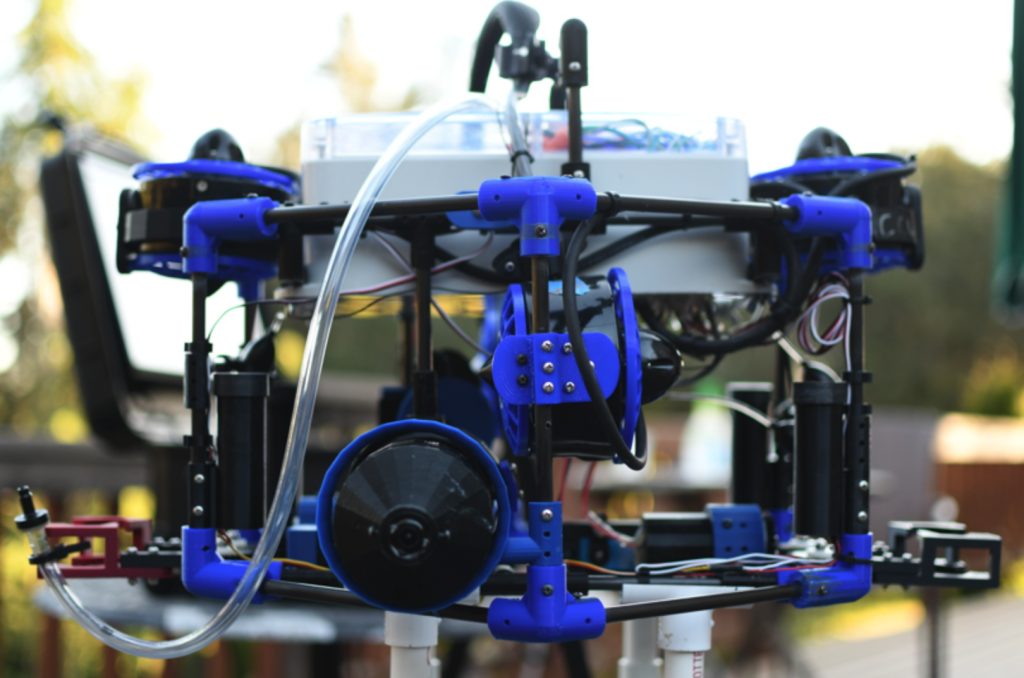 This is the Aptos High School team’s ROV used in the competition. Contributed.

Teams are judged on several categories; the most points are garnered by the ROVs’ capabilities. Each team’s technical report, sales presentation, and marketing display are also evaluated. Additional points are given for community outreach, which involves spreading interest in technology and awareness of environmental issues. Through a whirlwind three days of piloting, demonstrating, and presenting, the Aptos team won both ROV speed and ability (i.e. “product demonstration”) and marketing display categories, placing them first overall against 45 teams from 19 different countries, including Newfoundland, Egypt, India, and Japan. The second place team was from the Center of Robotics Development in Vladivostok, Russia. ROV team member Johan Govaars says, “the international competition is so much fun because you get to see how other teams approached the same problem.” Katherine Walton added, “we talk to people from around the world with completely different backgrounds and solutions.”

Teams qualify for the international competition by winning in their region. The Northern California regional competition this year was held at Watsonville High on May 11, 2019. After the AHS team’s regional victory, they worked to improve the reliability of their design. Team member Sun Woo Da Costa explained that the many complex parts means that the odds of something failing during the competition is large.” “Almost every component takes several attempts before it works the way we want it to, so when it finally does, it feels so amazing,” teammate Amelia Lovell added.

The team’s latest robot, Argo VI, solves simulated tasks that real ROVs perform in oceans and lakes, from restoring a broken dam to recovering sunken artifacts. The team created innovative solutions to their mission, using custom designed tools like a 3D printed claw; a small, detachable robot from their primary vehicle; and image recognition software. Student Cameron Barrett stated that the Argo VI’s “infinitely rotating claw set us apart.” Jacob Sandler adds that another secret to their success is staying true to their “goal to start mission runs a month before the competition starts. We master tasks that other teams may have been able to accomplish if they had practiced more.” Victor Da Costa, the team’s mentor, attributes the team’s success to their “commitment to 5 years of hands-on experience in electronics, mechanics and software design. They use their intelligence, experience, and perseverance to build competition winning ROVs.”

What do the students glean from robotics?

Jamie Walton discovered is that “inspiration can come from anywhere. I started seeing solutions in my dishwasher or the trees in my backyard that can translate into the robot.” Besides “gaining engineering and technology skills,” Jordan Chin joked that he also appreciates “getting to connect with people who are smarter than me”. Keegan Martin sums up his experience: “Every week I look forward to going to ROV. We put so much work in to our ROV and enjoy the experience of creating something amazing.”

The Aptos High team is made up of one sophomore, eight juniors, and three seniors. The students are a combination of three teams that started competing in the 7th grade at Aptos Junior High at the beginner level, advancing each year through intermediate to advanced level.

The Argo VI trip to the international competition was sponsored by Nordic Naturals and Scalyr of San Mateo. Additional support came from Aptos High Booster Club, and PVUSD District fund, Ship Smart of Aptos, Provac, Jaco, Aqua-Vu, Cabrillo Makerspace and individual donations. “We are fortunate and grateful to have support from the coaches, parents, school, and community to guide and fund their efforts,” reflects Joe Manildi.