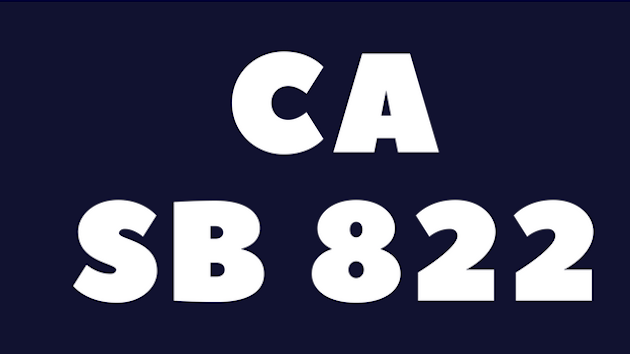 If the court doesn’t act, ISPs have to begin following the new rules on 1 January 2019. The Trump administration is hoping for action before then. In a motion filed Sunday evening, the federal justice department asked the court to block California’s law before it takes effect. Acknowledging California’s influence, the justice department told the court that unless the law is blocked, net neutrality rules will return to all 50 states…

Given that ISPs cannot realistically comply with one set of standards in this area for California and another for the rest of the Nation — especially when Internet communications frequently cross multiple jurisdictions — the effect of this state legislation would be to nullify federal law across the country.

Becerra has the job of defending SB 822. He tweeted his support for it after the lawsuit was filed on Sunday night. Yesterday, he told the Sacramento Bee information shouldn’t be throttled “simply because there are a few robber barons who get to control the flow of that information”, and promised what the Bee characterised as a “vigorous defence”.

So far, California’s big monopoly model ISPs – AT&T, Frontier, Comcast and Charter – have let the FCC and their other friends in the Trump administration do their talking for them. Republican commissioner Michael O’Rielly expressed his appreciation for the justice department’s action and defended paid prioritisation by ISPs.

Jessica Rosenworcel, currently the lone democrat on the FCC, offered “a hefty thank you to the Golden State for your effort to get right what the FCC got wrong”. But she stopped short of predicting that California’s law will survive court challenges. Rosenworcel is a smart lawyer – it pays to listen to what she doesn’t say.