“Frankly we were blown away by the response from the community last year. Almost 1700 people attended the event!” 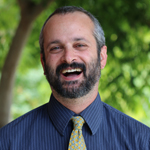 Zaq Roberts is the force behind the Santa Cruz Mini Maker Faire. The second annual event will be held Saturday, April 29, 2017 at Gateway School. (Contributed)

In 2016, Zaq Roberts had a vision to bring the first Mini Maker Faire to Santa Cruz. That event was extremely well attended and wildly successful, so he’s is at it again this year. I had the opportunity to catch up with Roberts and find out what’s planned for the second Mini Maker Faire. (Note: You know an event is successful when the food vendors want to come back!)

SCTB: For readers who don’t already know, what is the SC Mini Maker Faire?

ZR: Part science fair, part county fair, part electronics show, the Second Annual Santa Cruz Mini Maker Faire aims to inspire the public through Do-It-Yourself science, technology and art, hands-on workshops, panels, and much more. The Faire will feature over 50 exhibitors showing off projects ranging from amateur garage concepts to start-up prototypes to full-scale corporate production, and they are all eager to engage with the public and explain about their work. There’s a heavy emphasis on all things tech, from hardware and robotics to software and coding, across a range of platforms and industries, and many people are drawn to the Faire because of the access to those ideas. And, it’s also a faire — so there’s fabulous musicians and performance art, tons of hands-on projects to be made, an amazing Food Truck food court, art cars and giant bubbles, and so much more.

ZR: 2016 was the first time that Santa Cruz hosted a Mini Maker Faire, so we weren’t sure what to expect, and frankly we were blown away by the response from the community. Almost 1700 people attended the event — people were buying tickets with just two hours left in the day! And, that was going up against the city’s Earth Day celebration, which was a week later than we had anticipated — fortunately this year it’s a week before our event. Some of the food vendors ran out of certain dishes, the demand was so high. I’ve never seen a crowd of 300 people cheering a magician like I did at the Faire, and that was a real highlight for me. Not to mention having an R2D2 there courtesy of the AstroMech guild.

Of all the exhibiting makers at last year’s faire, 44 of 45 came from Santa Cruz County, and we were very proud of that. As I talked to attendees, each person had a different highlight. For some, it was flying a drone or riding a VR rollercoaster. For others, it was talking to the UCSC robotics programmers, and for others, it was learning how to design and use the software that powers 3D printers and laser cutters, or building and launching compressed-air powered paper rockets. We had a very broad range of makers last year; pretty much the only area we felt we didn’t quite represent was the homesteading experience so we’re hoping to bring in some sheep-shearing this year.

SCTB: What did you learn from last year?

ZR: Ooh, great question! Well, first of all we learned that this community loves the idea of making. Bonnie Lipscomb at the City of Santa Cruz Economic Development was an instant supporter and did an amazing job connecting us with a wide range of people and businesses who were interested in getting involved. And that included sponsors — we had over a dozen last year, and we’ll meet or top that number again this year, which shows just how excited Santa Cruz is about making and doing. We are a community that likes to create, not just consume!

We also learned a lot about organizing volunteers, because we had over 70 of them from throughout the community. Figuring out how to get them all assigned to stations and trained up on their roles was a big learning experience.

Another amazing experience was tapping into the global community of Maker Faire producers. There’s a lively online community for the producers of the 150+ events that take place around the world, and when we attended the Maker Faire in San Mateo last year we got to network with producers from across the US as well as France, South Africa and Nepal, just to name a few places putting on amazing Maker Faires. It was humbling to get to represent Santa Cruz in that international context.

ZR: For one thing, we’ll have even more exhibitors and makers on display, because we’ll be have 55 makers, up from 45 makers last year. The vast majority of these will be new makers, such as Formula Slug from UCSC (an engineering non-profit that’s built a solar-powered race car), and also a rebuilt animatronic robot coming over from Kelly Park in San Jose.

We will have a few repeat makers, because their projects were so well received. This includes Idea Fab Labs, who brought the interactive digital sandbox; Aerial Arts Santa Cruz, who brought over a 20-foot-high rig so they could demonstrate their performance art; and Berdels, which will have a screen-printing station set up so that attendees can make their own event t-shirts.

I also want to acknowledge Santa Cruz’s own Plantronics, which has come on board as a lead sponsor of the event. I mean, those folks have made things that have literally been to the moon, how incredible is that? I’m excited to see what they bring to the event, because we’ve just begun discussing the possibilities for their booth. Anyone who has taken a tour of their factory knows they have some incredible making going on over there.

ZR: We’re very pleased to have Cruzio bringing a hands-on demonstration of how light bends through various materials, and information about the new fiber optic cable they are putting in throughout Santa Cruz. And as mentioned earlier we’ll have Plantronics and Formula Slug. We’re still in the application phase so I can’t say too much about who else will be presenting yet.

SCTB: How can the public get involved? Are you looking for presenters? exhibitors? volunteers?

We are still accepting applications for exhibitors, which can come through the website. This is a cultivated process, which means we’re looking specifically for exhibitors that we think are demonstrating amazing projects and that will provide a unique conversational or interactive experience with the attendees.

We’ve also opened up sign-ups for volunteers! In exchange for working a three-hour shift, volunteers get a special t-shirt, free pizza, and free entry to the faire. There are so many jobs to do, from parking to ticketing to vendor support! Sign-up online to volunteer.

SCTB: Any additional ways to engage before the event?

ZR: Our Facebook and Twitter feeds are a great place to tap into the community of making here in Santa Cruz, so I hope people check those out and get excited about April 29, 2017.