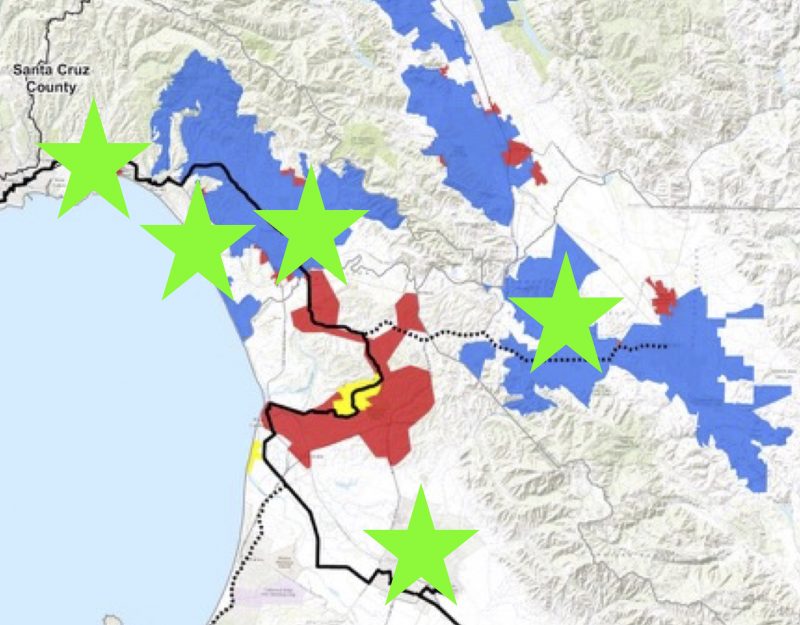 Independent projects are driving broadband infrastructure upgrades on California’s central coast. Maybe not as universally or as quickly as local entrepreneurs would like, but it’s happening. That was my message a couple weeks ago to the Startup Monterey Bay Tech Meetup in Seaside.

I was asked to give an update on broadband development in the region. Those efforts center on the Central Coast Broadband Consortium (CCBC), an ad hoc group of local companies, agencies and other organizations in Monterey, San Benito and Santa Cruz counties that essentially have one thing in common: an interest in getting better, cheaper and more reliable broadband service in the region. Some of the work it does – primarily analytical and policy work – is funded by a broadband consortia grant from the California Public Utilities Commission.

Most of the region has substandard broadband service, earning a “D” grade or worse on a scale developed for the East Bay Broadband Consortium. More affluent and/or urbanized areas rate average, “C” grades, but in poorer and/or rural areas, consumers and businesses alike often struggle to get service that meets the CPUC’s minimum standard for Internet access: 6 Mbps up and 1.5 Mbps down.

The good news is that change is coming. A 91-mile open access fiber route between Santa Cruz and Soledad is nearing completion. Built and operated by Sunesys, funded by the CPUC and spearheaded by U.C. Santa Cruz, that line will provide low cost, high capacity backhaul to broadband projects along the entire route: municipal systems in Santa Cruz, Watsonville and Salinas, an FTTH system in north Monterey County and, it seems likely, Charter Communications’ CPUC-mandated digital upgrade of redlined, analog-only communities in the Salinas Valley.

Broadband by itself will not produce new ventures or jobs. It’s up to the region’s entrepreneurs, like those who were at that Monterey Bay tech meetup, to build companies on top of that basic infrastructure. But at least there’s now a fighting chance that it’ll be there for them when they need it.