The Sammy Showcase is a massive festival of student games 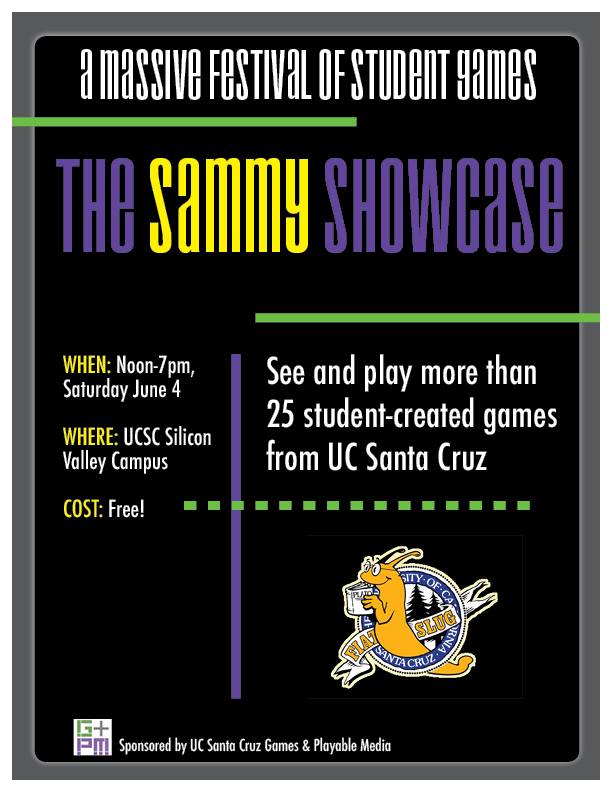 This event, named the “Sammy Showcase” in honor of UCSC mascot Sammy the Slug, is taking place at the newly­ renovated UCSC Silicon Valley Campus in Santa Clara.

Friends, family, and the general public are all welcome to attend, play the games, and meet the student creators. The event will also be live broadcast on TwitchTV from 1 ­ 4pm at http://twitch.tv/ucscgpm.

A panel of industry professionals and alumni will be judging each game based on technical and artistic achievement, with the winners taking home a coveted Sammy Award at The Sammy Awards Show the following week.