NetLab at Cabrillo Provides Training for the 21st Century 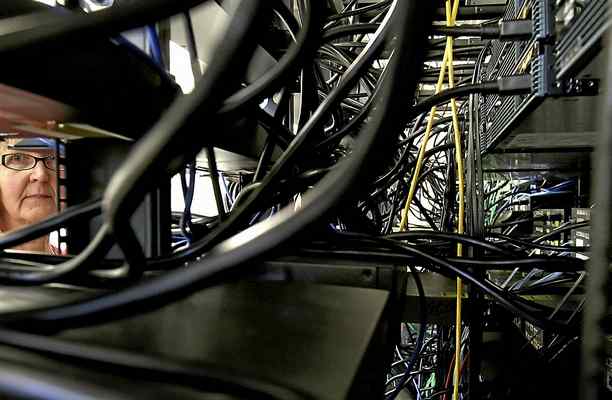 NetLab, which provides access to real networking lab equipment over the Internet, has completed its first semester of operation and the data is positive.

“Very successful on many levels,” said Gerlinde Brady, the computer and information systems program chair and instructor responsible for obtaining the initial $995,270 grant from the Bay Area Community College Consortium, which made NetLab possible.

According to Brady and data center administrator David Hovey, NetLab produced 62 classes, 576 users and 8,460 user hours across the 20-institution network it served during the fall 2015 semester.

“There’s plenty of room for growth,” said Hovey, a 2014 Cabrillo College graduate. “We have the capacity for 30 schools, depending on what they want to teach.”

“NetLab offers 500-plus labs covering everything from basic computer skills to advanced courses in cyber security, virtualization, data storage, operating systems, systems administration and network configuration and design,” said Brady. “Many NetLab users are tech employees looking to upgrade certifications and skills. We also have students who have received job offers at companies like Cisco after completing certifications.”