Journey to the corner store andmaybetheywontkillyou 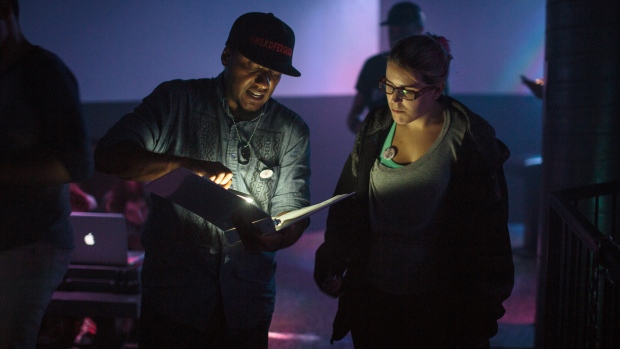 andmaybetheywontkillyou is a performative empathy experience about being poor and Black in America. Participants must journey to the local corner store in their own neighborhood while deflecting various micro-aggressions as well as harassment by law enforcement. Choose to speak out or remain silent and deal with the consequences of your choices.

Akira Thompson’s striking work challenges one of the biggest misconceptions about police violence against black people in America, and offers privileged players the chance to experience the truth.

As designed systems, games can create spaces for people to grasp how infrastructures work, to test theories—and often to internalize how the systems of our world may not work, may promote inequality. They can be tools to create empathy and reveal injustice; they can illustrate the often-complicated answers to the “why can’t you just” and “but it’s probably not really” that pervade rhetorical discourse.

As human beings, it is often hard for us to accept that systems are unfair. It is also hard for many of us to want to change unfair systems when their unfairness favors us; we understand logically the disadvantages of others, but we can carry on shrouded comfortably in our denial for as long as we don’t have to be confronted with their emotions.

But even though black victims of police violence are likely to be unarmed, marginalized, or even already in custody, pernicious myths persist to poison the conversation about justice: the common illusion that if the latest victim “had only” done this, or not done that, or had been wearing something different or walking somewhere else or had spoken up or had not said a certain thing, they would not have died.

This pernicious myth inspired a series of tweets by Ijeoma Oluo highlighting the impossible rules: Don’t reach for your wallet, don’t play with a toy sword, shop at Wal Mart or wear a hoodie, Oluo wrote, “and maybe they won’t kill you.”

Akira Thompson is a game designer and programmer studying for his Master’s in Games and Playable Media at the University of California Santa Cruz’s computer science school. He’s also an Iraq War veteran, former Disney Imagineer, and founder of social art creative firm RainBros. Alongside the conversation about police violence, Thompson felt frustrated at these pernicious if-onlys, the insidious idea that black behavior must somehow take the lead to save black lives.