MMT: The bridge between Santa Cruz and Swiss watch-making 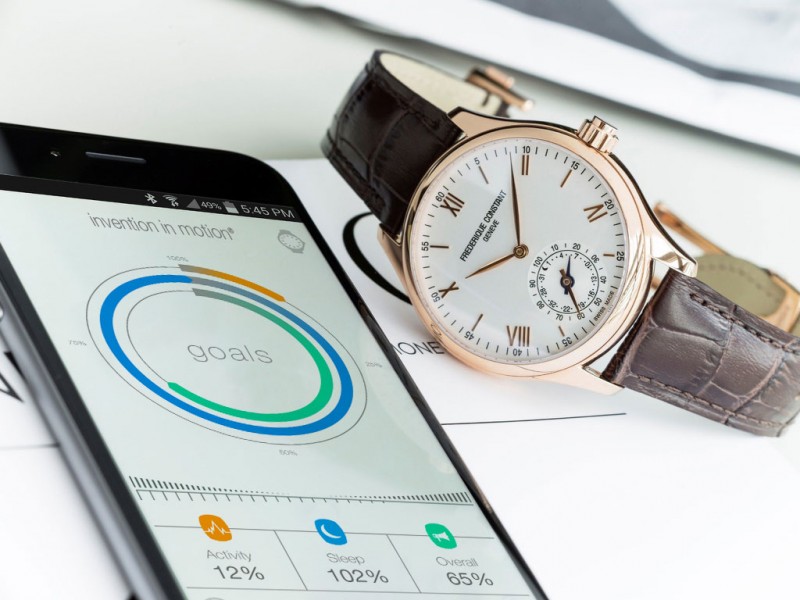 MMT (Manufacture Modules Technologies) is a new Swiss Joint Venture SARL formed by Fullpower Technologies of Silicon Valley and Union Horlogere Holdings. Its mission is to bring the MotionX Horological Smartwatch Open Platform to the Swiss watch industry. Fullpower will create and manage the schematic design, firmware, smartphone applications, as well as the cloud Infrastructure. MMT will manage the Swiss watch movement development and production as well as licensing and support for the Swiss watch industry. MMT’s headquarters are in Geneva.

“We love working with Philippe Kahn and his team; their approach to technology craftsmanship very much matches our company culture,” said Peter Stas, CEO of MMT and Frederique Constant. “Our intense collaboration and combined strengths have enabled us to realize the exciting Swiss Horological Smartwatch now and will lead to much more to come. The Swiss Horological Smartwatches released today truly show the strength of our partnership.”

“We looked for innovative partners in the Swiss watch industry and Peter’s efforts to develop his own high caliber product was unprecedented,” said Philippe Kahn, CEO and founder of Fullpower-MotionX. “We immediately clicked and went to work to help reinvent the wonderful Swiss watch industry.”

The beautiful Swiss watch that you love to wear is now smart and connected, powered by MotionX®

The first Horological Smartwatches will support the following functionality:

The MotionX high-accuracy patented sensor-fusion engine tracks activity and sleep patterns. Activity and sleep information is presented accurately in real-time on the Swiss Horological Smartwatch using beautiful traditional analog dials. The Swiss Horological Smartwatch synchronizes on-demand with Apple and Android smartphone applications. On the iOS and Android apps, simple and easy-to-understand graphics highlight how much one has moved and slept during the day, week, or month. Goals and adaptive coaching encourage getting a better understanding of oneself, which in turn helps one’s well-being. Better sleep and a more active lifestyle are widely recognized as simple, effective positive behavioral changes. The Swiss Horological Smartwatch now combines a luxury timepiece with the MotionX quantified self platform to get to know oneself better.