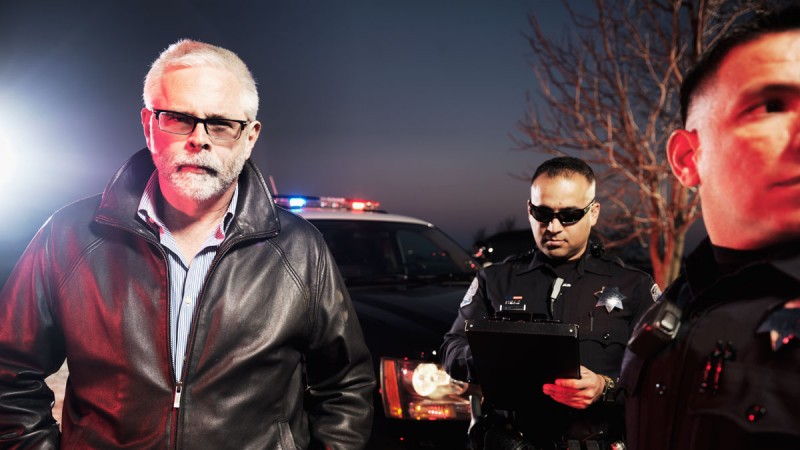 (Photo above: PredPol turned an earthquake prediction model and years of policing data into a map of crime that’s about to take place. CEO Larry Samuels, left, hopes to bring the software to most major North American metro areas in 2015. Photo credit: Ethan Pines/Forbes)

Two or three times a day in almost 60 cities across America, thousands of police officers line up for roll call at the beginning of their shifts. They’re handed a marked-up map of their beat and told: Between calls, go to the little red boxes, each about half the size of a city block. The department’s crime analysts didn’t make these maps. They’re produced by PredPol, a “predictive policing” software program that shovels historical crime data through a proprietary algorithm and spits out the 10 to 20 spots most likely to see crime over the next shift. If patrol officers spend only 5% to 15% of their shift in those boxes, PredPol says, they’ll stop more crime than they would using their own knowledge.

Police departments pay around $10,000 to $150,000 a year to gain access to these red boxes, having heard that other departments that do so have seen double-digit drops in crime. It’s impossible to know if PredPol prevents crime, since crime rates fluctuate, or to know the details of the software’s black-box algorithm, but budget-strapped police chiefs don’t care. Santa Cruz saw burglaries drop by 11% and robberies by 27% in the first year of using the software. “I’m not really concerned about the formulas,” said Atlanta Police Chief George Turner, who implemented the software in July 2013. “That’s not my business. My business is to fight crime in my city.”