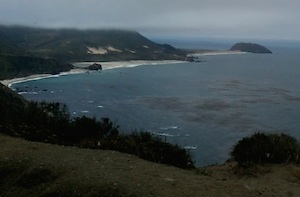 You can protect the coast without littering it with red tape.

To keep Santa Cruz’s tech economy growing, basic infrastructure has to get better. Broadband is a big part of it, but so is housing, transportation and office space.

A day long conference in Seaside on January 29 – the kick-off event for the Monterey Bay Economic Partnership – brought business and government leaders together from Monterey, San Benito and Santa Cruz counties to talk about creating the right conditions for an entrepreneurial culture to grow.

Nearly everyone pointed to the limits imposed by aging or non-existent infrastructure. It’s a primary barrier – you can’t run a high tech company without high capacity broadband access, for example – but it’s also a necessary first step to overcoming other challenges as well. You need educated and motivated people, and expensive homes and jammed roads make the central coast region unattractive to the talent local companies need most.

Infrastructure improvements, though, are delayed and, sometimes, stopped altogether by challenges made under the California Environmental Quality Act (CEQA), often by people with little or no direct involvement in a project.

Infrastructure improvements, though, are delayed and, sometimes, stopped altogether by challenges made under the California Environmental Quality Act (CEQA), often by people with little or no direct involvement in a project.

“CEQA is being abused by every NIMBY and special interest group across the board,” said Chris Thornberg from Beacon Economics, the conference keynote speaker. Fixing it means doing three things, he said.

“I would not allow anyone who’s not involved to use it,” Thornberg said. “Unions should not be allowed to use CEQA” as a tool in negotiations. Second, “overall, we need to make the entire system much clearer and more transparent.”

Finally, it needs to be drawn back a bit in terms of its power to constrain, Thornberg said. “I think CEQA is a little too weighted in terms of protecting the environment, at the cost of economic growth.”

Safeguarding California’s natural wonders and quality of life is important, but it doesn’t take an endless, byzantine and expensive process to do it.