With an increased focus on the company’s growth plans, Catbird announced today (11/13/14) the promotion of David Keasey to CEO. Keasey formerly served as Executive Vice President of Sales and Business Development for Catbird, the leader in security policy automation and enforcement for private clouds and virtual infrastructure. 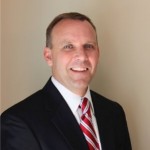 Keasey’s expertise in effectively operating innovative cybersecurity organizations in leadership positions has been proven for more than 25 years. Prior to joining Catbird in 2013, Keasey served as Senior Vice President and General Manager of Verizon Terremark’s Information Security Business, a $400M unit that includes the largest managed security services business in the industry. Previously, Keasey was part of the leadership team at Cybertrust, a managed security business acquired by Verizon in 2007.

“At Catbird, we bring a broad and disruptive vision focused on the need to secure the data center’s inner fabric,” said Keasey. “As one of the early leaders focused on virtualization security, Catbird recognized that virtualization would profoundly disrupt data center security.  Catbird is now positioned as a leader in security for OpenStack and at the forefront of the market for VMware NSX, the network virtualization and security platform for the software-defined data center.”

Catbird’s previous CEO, Edmundo Costa, will continue to serve as an advisor to the company.

Keasey continued, “Edmundo provided the vision and strategy that helped establish Catbird as a recognized leader in virtualization security, and his invaluable contributions have laid a strong foundation for the future growth of the company. I look forward to working with him and our team of proven technology innovators to take Catbird to new heights.”