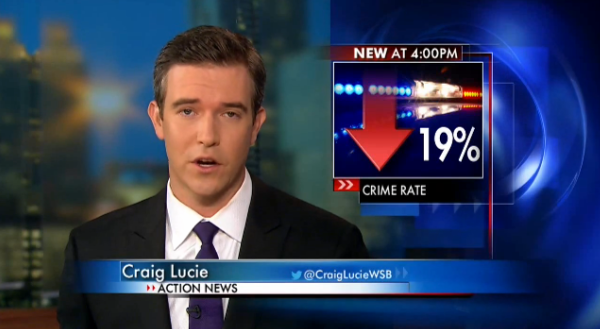 Aggregate crime decreased by 7% and 9% in the two areas that first deployed PredPol in July 2013. Of the four zones where PredPol was not deployed, crime rates increased by 4% – 9% in three and remained flat in one. Due to these successful results, the Atlanta Police Department decided to implement PredPol citywide in November 2013.

What APD’s Command Staff is Saying About PredPol

Atlanta Police Department Chief George Turner (WSB – TV 2 Atlanta, 9/19/13): “It makes us smarter. It puts us on the cutting edge in what’s going on in this country in crime fighting.”

Atlanta Police Chief George Turner (Police Chief Magazine “Technology Talk” column) “We pride ourselves on being a department that is not satisfied with the status quo. We are forward-looking, with a strategic view grounded in innovation. We know the PredPol technology has helped us get smarter on our fight against crime.”

Atlanta Police Department Officer Omari Price (WSB – TV 2 Atlanta, September 19, 2013): “Since its inception, crime has dropped on my beat. Its like the perfect ally. It really is – it feels like a sidekick that’s already looking ahead of you.”