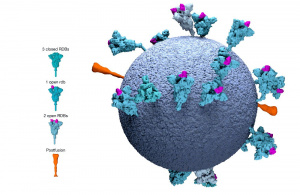 “If there is a silver lining to this pandemic it’s that we’ve had a reason to really test out new technologies such as mRNA vaccines on a large scale.”

On December 8th, 2020 the first dose of a commercially available coronavirus vaccine was injected into a British nonagenarian named Margaret Keenan. The United States is expected to approve the vaccine later this week.

The COVID-19 vaccines were developed in record time with brand new technology.  Like a traditional vaccine, an mRNA (messenger RNA) vaccine triggers the body’s immune system to fight against the virus it came from. However, producing an mRNA vaccine in large quantities is much faster than a traditional vaccine. Scientists know how to produce large quantities of mRNA.

The University of California Santa Cruz houses some of the most influential RNA research in the country, including the Genome Browser which was used to share and annotate the genetic information of the COVID-19 virus and was a vital tool for creating the vaccines.

We asked some UCSC researchers about this new vaccine and how it differs from older ones.

“If there is a silver lining to this pandemic it’s that we’ve had a reason to really test out new technologies such as mRNA vaccines on a large scale,” says Professor Rebecca DuBois. “I think it’ll make us much stronger against future pandemics and opens the door for using mRNA to improve other existing vaccines.”

DuBois develops vaccines, particularly those affecting children in their infancy such as the respiratory syncytial virus (RSV) and astroviruses. She’s also part of a large national effort to develop a longer lasting, universal flu vaccine.

“Our strategy is the same for all viruses,” DuBois said. “To develop a vaccine, we investigate antigens, which are the proteins on the surface of the virus—what do they look like, how do they interact with the receptors on our human cells, and when someone is exposed to that virus and develops immunity, which proteins do antibodies target? In other words, we try to find the virus’s Achilles’ heel.”

mRNA is essentially a recipe for creating a protein. It’s used by a cell to translate information from the genes (DNA) into proteins. Vaccines usually work by introducing harmless viral particles into our bodies and triggering an immune response that protects us from the virus. What mRNA vaccines do is they sneak a recipe for the viral antigen into our own cells.

“Many viruses (including SARS coronaviruses) are actually made from RNA,” said DuBois. “When they infect our cells, they hijack our cell machinery, and replace our RNA with their own, causing cells to become little virus factories. It’s the same principle with an mRNA vaccine.”

Instead of making a vaccine from the virus’s protein antigen (the proteins on the surface of the virus), an mRNA vaccine takes a strand of genetic material that contains the recipe for the virus spike protein and introduces it into the cell so our bodies create both the antigen and the antibody in response.

“Conceptually, a lot of vaccines can be designed within days of getting the antigen’s sequence,” says DuBois, “That’s been the case for mRNA vaccines and more traditional vaccines. It’s a production issue. It takes time to create enough of protein for millions of doses of a traditional vaccine. On the other hand, we know how to create large quantities of mRNA extremely quickly, which is why these vaccines were able to enter clinical trials in April.”

Research into RNA is in its infancy. But promises to create new therapies.

“UC Santa Cruz’s Center for the Molecular Biology of RNA is one of the top RNA Centers in the world,” says Prof. Todd Lowe. “Harry Noller actually solved the structure of the ribosome, which is the machine that makes proteins from mRNA, and he’s been the inspirational leader of RNA research at UCSC from the beginning.”

“One of the biggest contributions that the Baskin School of Engineering makes is bringing a genomics and a computational analysis perspective to the study of RNA,” Lowe says. “This compliments the outstanding genetics and biochemical labs we have because almost everyone needs to process large amounts of data.”

Some of the work being done could eventually lead to new therapeutic breakthroughs like the mRNA vaccine. For example, Lowe works with tRNA (transfer RNA), which is the physical link between mRNA and the protein being assembled in the ribosome.

“The molecule we study (tRNA) actually breaks down and the fragments can interact with the ribosome and regulate it,” Lowe says. “We’ve understood the basics of how tRNAs work within the ribosome for about forty years, but regulating that process via tRNAs so the right proteins are made at the right time is a tremendously complex and evolved process that we’re trying to fully understand.”

Each time a new cellular process has been explored in the past, new diseases and therapeutic strategies for relieving them have been developed. Unraveling the fine details for how tRNA regulates protein expression could open the doors for all kinds of new treatments.