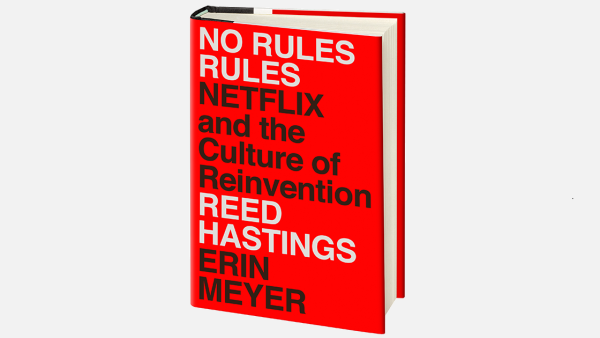 Exec tells inside story of the streamer’s corporate culture, with some surprising revelations

Do you want your company to be like Netflix? Co-founder and co-CEO Reed Hastings has written a step-by-step recipe detailing how Netflix created and evolved its unconventional corporate culture — although, as he freely admits, not every company can or should follow the same playbook.

Hastings’ “No Rules Rules: Netflix and the Culture of Reinvention” spells out how his company fosters an environment of employee “freedom and responsibility” (referred to internally as “F&R”). Hastings claims Netflix’s unique ways of doing business have formed the basis for its astronomical growth and category-dominating position today, with 193 million paying customers globally as of the end of June.

Much of the book, set to be released Sept. 8 by Penguin Press, is a retelling of well-documented Netflix practices. Those include its unusually radical transparency and feedback loops, lack of official time-off or vacation policies, and the famous Keeper Test — in which managers are encouraged to fire employees who aren’t “stars.” Indeed, the book almost reads like a 300-page-plus elaboration on the Netflix Culture document outlining the company’s corporate culture, which Hastings first put out for public consumption in 2009.