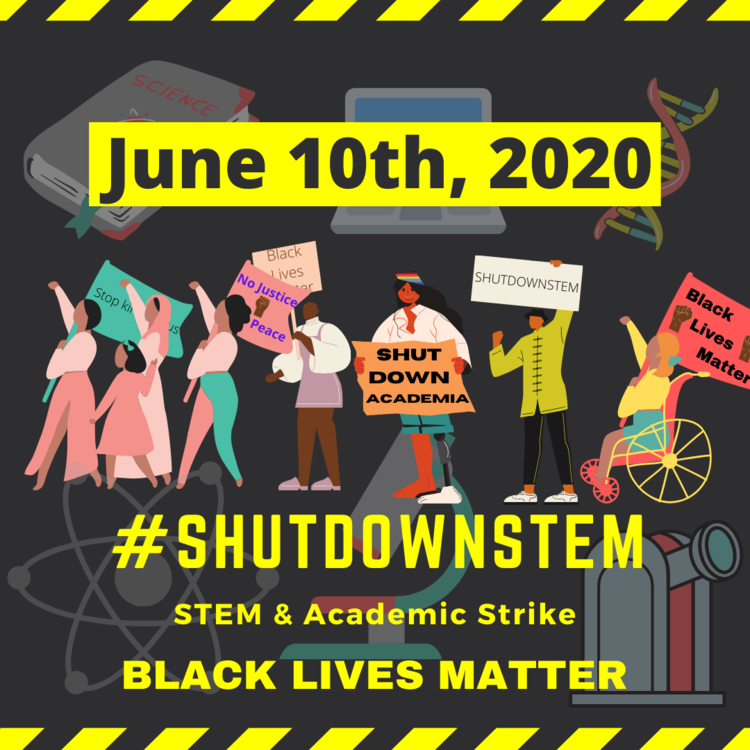 Academics and scientific organizations will stop research activities on 10 June to reflect and take action on systemic inequalities in science.

Thousands of academics and some major scientific organizations worldwide will stop work on 10 June as part of a global stand against anti-Black racism in science.

More than 5,000 scientists, as well as societies, universities and publishers, will join a call to “Strike for Black Lives”, halting their usual work activities to learn about systemic racism in the research community and to craft ways to address inequalities. The event is being planned by two ad hoc groups of scientists using hashtags such as #Strike4BlackLives, #ShutDownSTEM and #ShutDownAcademia. Nature has pledged to join the strike. Systemic racism: science must listen, learn and change

“We hope that, as individuals in communities, scientists, academics and everyone use this day as one of many to take action for Black Lives,” says Brian Nord, an astrophysicist at the University of Chicago, Illinois, and a member of Particles for Justice, one of the groups coordinating the event.

“We recognize that our academic institutions and research collaborations — despite big talk about diversity, equity, and inclusion — have ultimately failed Black people,” says a statement by Particles for Justice, a group originally convened to oppose sexism in academia. “An academic strike is urgently needed: to hit pause, to give Black academics a break and to give others an opportunity to reflect on their own complicity in anti-Black racism in academia.”

The event comes after two weeks of demonstrations in the United States and worldwide, to memorialize the death of George Floyd and other Black Americans who have died at the hands of police. Black scientists grieved these losses and openly shared their experiences of racism in science, and many major scientific organizations published public messages supporting the Black Lives Matter movement and condemning racism at large.

Brittany Kamai, a physicist at the University of California, Santa Cruz, and the California Institute of Technology in Pasadena, thought up the idea of shutting down academic work on 1 June, and e-mailed a group of friends, who supported it. They included Chanda Prescod-Weinstein, a cosmologist at the University of New Hampshire in Durham who is part of Particles For Justice, and Yilen Gómez Maqueo Chew, an astrophysicist at the National Autonomous University of Mexico in Mexico City, both of whom helped to promote the event. Prescod-Weinstein and Nord had been considering the idea of a strike already. The groups launched ShutDownStem.com on 5 June, alongside a letter and petition on ParticlesForJustice.org.