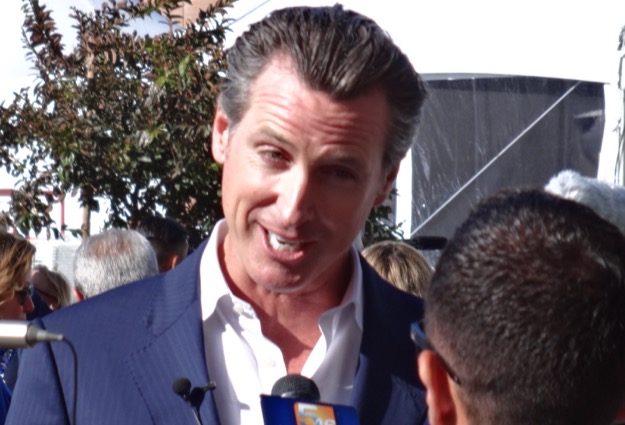 Governor Gavin Newsom killed the only two bills on his desk that might have improved broadband infrastructure and service in California.

The bills would have given broadband development mandates, of a sort, to three key state agencies: Caltrans, the department of water resources (DWR) and the department of food and agriculture (DFA). Newsom vetoed assembly bill 1212 last week, and AB 417 was one of dozens that died as he cleared his desk this weekend, ahead of the 30 day deadline for acting on this year’s legislation.

AB 1212 and AB 417 were the only broadband-related bills of any consequence that made it out of the California legislature’s 2019 session. Bills that would have more directly tackled California’s broadband gaps died in committee, as did AB 1366, an AT&T-backed bill that would have effectively ended telecoms regulation and widened the divide between the states haves and have nots.

AB 1212 included “telecommunications” as one of the types of infrastructure that Caltrans and the department of water resources (DWR) could include on funding priority lists, which would have to be prepared and submitted to public employee pension boards for consideration as investments.

AB 417 added rural economic development to DFA’s responsibilities, and “increasing broadband access” was on its short list of action items. Unlike the federal agriculture department, the California DFA does not play a significant role in improving rural economies beyond promoting farming and ranching.

There was no overt opposition as the bills moved through the legislative process. But what happens behind closed doors usually matters more in Sacramento.

In a dissembling veto message, Newsom said AB 1212 is “unnecessary” because “existing law already encourages public retirement systems to invest in state infrastructure”. True, but no one has to propose anything, of any kind. Without a specific mandate, Caltrans or DWR are highly unlikely to include broadband facilities in their projects, whether or not they ask for public employee retirement boards for funding, unless it’s something intended for their own use.

He was more pointedly bureaucratic in explaining why he didn’t want DFA involved in rural economic development, saying “establishing the new…responsibilities envisioned by this bill is better done in the budget and in the context of the broader mission of the department”.

The simplest explanation for Newsom’s vetoes is that Caltrans, DWR and/or DFA staff asked him to do it, because those are jobs they don’t want to do. That sort of opposition was why a Caltrans dig once policy bill was watered down in 2016.

It’s tempting to point a finger at lobbyists for AT&T, Comcast, Charter Communications, Frontier Communications and other incumbents, who have consistently opposed state support for independent broadband projects while gaming the system to create their own taxpayer funded piggy banks. But there’s no indication – yet – that they were involved. Even so, Newsom’s vetoes bolster AT&T’s and Frontier’s rural monopoly business model, which redlines poorer and less densely populated communities and leaves them with low speed DSL service, if they’re lucky enough to get anything at all.

It’s a long shot bet that any meaningful broadband projects would have resulted from AB 1212 by itself. Likewise, without adding a significant amount of staff and funding – which AB 417 did not do – there’s little chance that DFA would accomplish anything of practical economic development value. But both bills would have created institutional frameworks to build upon. The bills that Newsom vetoed are now opportunities lost.