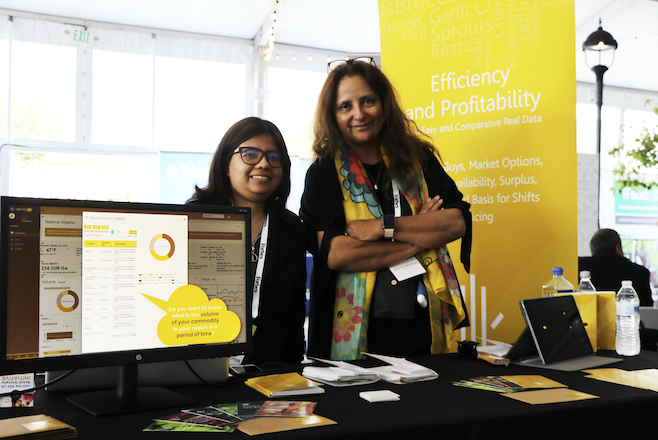 Every fruit and vegetable is now produced everywhere in the world, increasing global competition.

At the recent Forbes AgTech Conference in Salinas, AGTools rolled out its SaaS dashboard for growers, shippers and retail buyers covering more than 530 commodities of fruits, vegetables, nuts, herbs and ornamentals. A member of Western Growers Center for Innovation and Technology member in Salinas, the company has additional offices in Orange, Los Angeles, Seattle, Piscataway and Mexico.

“We all make a lot of plans,” she said, “But when it comes down to a particular day, you may have a strike, a storm moves in, or changes happen in the exchange rate.” Montoya, leading a woman-owned and woman-funded business, has more than 25 years working in agriculture data collection. She also serves as an advisor to the California State Board of Food and Agriculture.

What began as a daily report is now, with AGTools, a subscription-based dashboard offering multiple key fields and four variables per field. AGTools allows growers, shippers and retailers to enter the variables for their products, gain a clear view of market behavior and adjust plans according to global data. 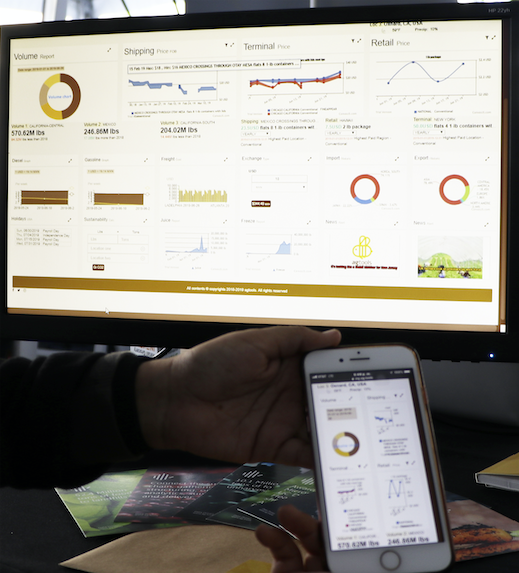 The AGTools information is available on all connected devices and is exportable to print, jpg and png files. (Credit: Jan Janes Media)

“For two years, there’s been a conversation about tariffs on apples in India,” said Montoya. “What had been talk is now being applied in the next two weeks.” Growers risk getting caught short not knowing about the tariffs or all the ways their products will be affected.

“The growers’ front end investment has already been made,” she said, including which crops to plant, how much acreage to use, when to plant and when to harvest. In the past she had to research the data from government records, think tanks, universities, industry associations and research institutes.

AGTools now digitally gathers the data and makes it available to growers, shippers and buyers. “The algorithms make the data simple and understandable,” said Montoya. “With 25 million points of data, to make the best decision they might only need one.”