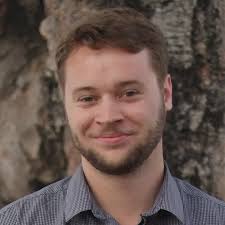 “Participation matters, especially when dealing with major decisions and larger community investments like housing and transportation.”

Last November I joined with a coalition of business leaders, housing advocates, and young professionals who attended the Santa Cruz City Council meeting when they voted to approve the new Downtown Plan. Most of the people who had been involved in our coalition had been working on this particular planning effort for years and had attended many of the over 20 public hearings that took place to bring the plan to this point. Thus the demonstrable level of support in the room for more housing in downtown was palpable, and the plan was approved.

However, I was surprised to see an unfamiliar face in the room who was also advocating in support of the plan: a representative from Looker, the relatively new (less than 6 years old) ‘startup’ company that has come to occupy not only the top two floors of the Rittenhouse building in downtown, but multiple offices in many urban centers throughout the country. Apparently housing for their local employees in Santa Cruz is such a problem that they are having trouble retaining talent, despite their comparatively high wages.

You see, we have had so few housing units built in comparison to our growth in population and jobs that even though Looker and other tech employees can outbid many other people for the high-cost housing units available, there simply are not enough to go around.

This isn’t a problem for just the tech industry either. Ask any local business owner or executive what keeps them awake at night, and the near universal answer you will get is “My employees can’t afford to live here.” What sets the local tech industry apart, however, is that they have been largely uninvolved in the discussion about housing up to this point, where other local businesses have been adamant and vocal about their needs.

It’s not just housing either. Transportation has also been at the forefront of discussions around local business. Remember Measure D? The business community either directly contributed or helped to raise over $300,000 for that ballot measure, while organizations like the Business Council and the local Chambers of Commerce campaigned on the ground level to secure its passage. Tech companies, who’d like to solve our transportation problems as much as other companies do, were relatively uninvolved.

This is why I am so delighted to see local tech companies like Looker and Plantronics showing up to these hearings. Participation matters, especially when dealing with major decisions and larger community investments like housing and transportation. To that end, I welcome further engagement from our local tech companies. Please, join the Business Council and other organizations committed toward working on these issues. You are in the unique position to be able to invest in our community and simultaneously invest in your own company. Now those are investments worth making.