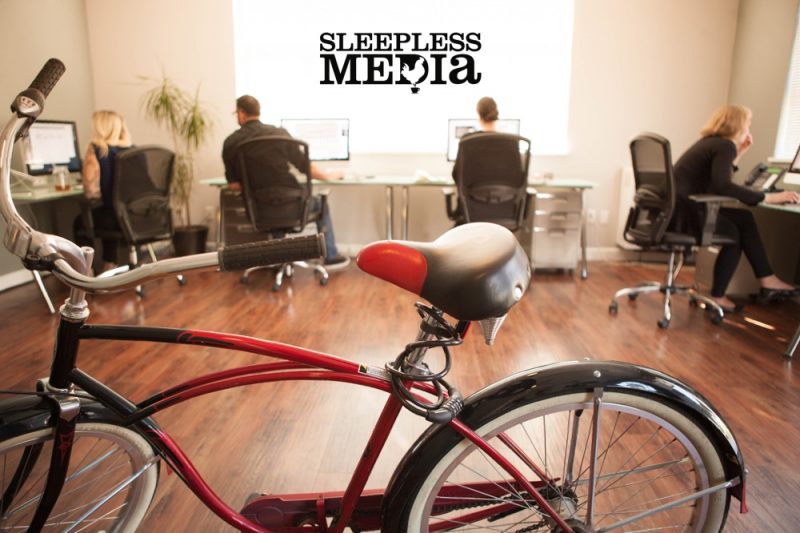 Yes. 15 Years. That’s how long Sleepless Media has been up and running.

A pretty good chunk of time by anyone’s estimation, especially considering there was no premeditation in starting a design agency whatsoever. Growing up in Santa Cruz, it’s probably not too surprising that my primary interests were skateboarding and playing in punk rock bands. Turns out making a living skateboarding or playing music was pretty tough though—to say the least, so I had to settle on getting a “normal” job.

It seems like just yesterday I was going on my 6th year of slinging espresso as a shift manager down at Peet’s on Pacific Avenue when I started interning at Sessions in the Record Label department as a volunteer. Primarily a snowboard and skateboard apparel company, they also had a small record label that put out some good and often-local punk rock bands as well as one-off vinyl 7-inches from bigger bands such as the Foo Fighters, Audioslave, the Descendents and more. Working around music every day? I was in!

Soon they brought me on full-time. While I was mostly handling sales and marketing, the label and our bands needed a lot of design—ads, album artwork, posters, and in particular: websites. The art department’s priorities lied in the apparel-related realm, so the design work we needed was often squeaked in. As far as website updates, everything was hand-coded and static back then, so sometimes our band’s tour dates wouldn’t be posted until a week before leaving on tour, if at all. That just wouldn’t do. I needed to figure it all out for myself, so that’s what I did. (With the help of the art department and IT guy, of course).

Unfortunately the record dept. wasn’t able to sustain itself in the Napster-era, so it was downsized and I lost my job, which turned out to be a major blessing in disguise. I decided to call my little experiment Sleepless Design (which I changed to Sleepless Media soon thereafter) because I was working into the wee hours of the night, and I loved it. I bought a $600 Dell computer, (it was 2003 after all…) set things up in the corner of my living room, and sent out an email to all of my contacts to see if they needed help with any design work.

Before I knew it I was designing and developing websites for Washburn Guitars, Santa Cruz Skateboards, Snowboards, and Surfboards, plus plenty of other cool projects that came my way. I quickly realized that selling design was far easier than selling records, so I hired a few people and opened up a small shop off of Pearl Alley in Downtown Santa Cruz. After a few years, we outgrew that space and moved over to our long-time home in the Old Sash Mill, and more recently, to our new haunt on 41st Avenue. 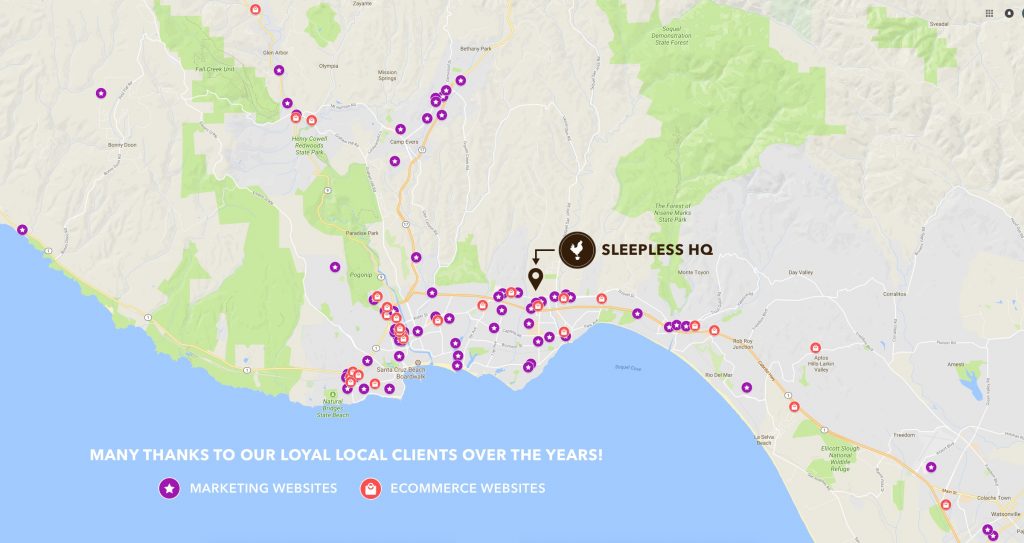 So here we are, 15 years later with an awesome staff of about 12. We’ve put together hundreds of websites and an unfathomable number of branding and print design projects for huge clients, tiny clients and everything in between. We’ve worked with clients all over the world but we love working local whenever possible, and the vast majority of our work has been for Santa Cruz-based businesses. I’m forever grateful to them that I’ve been able to make a living here in my own backyard, in turn, doing the same for our staff. (Whom I certainly can’t do without at this point, to say the least!) We don’t get out much, but we’re not going anywhere anytime soon so we’ll see you come our 20th!