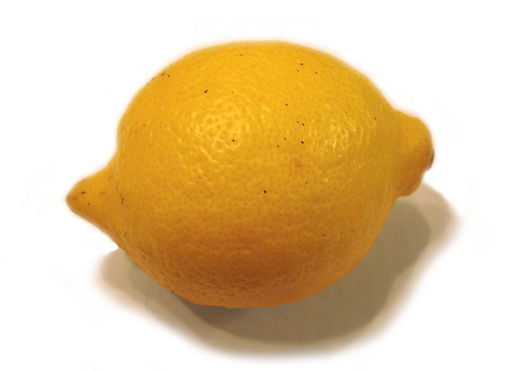 The Market for “Lemons” is a seminal economics paper by Nobel Prize winner George Akerlof  about used cars. Imagine that there are only two kinds of used cars: quality used cars and “lemons”, i.e., cars that, despite outward appearances, are in poor condition. Quality cars are worth $2000, but lemons are worth just $1000. Sellers know whether their cars are lemons or non-lemons — but buyers have no way of determining whether a car is a lemon or non-lemon. As a buyer, what would you offer for a given used car?

You would probably be hesitant to offer significantly more than $1000, since you would regret spending more than $1000 only to find you had bought a lemon. On the other hand, as a seller, you would refuse to sell a non-lemon for a mere $1000, since you know that quality used cars are worth $2000. As a result, due to “information asymmetry”, the only transactions that take place are those involving lemons!

Entrepreneurs often know a lot more about their businesses (the market in which they operate, the state of the product, the personal abilities of the team) than potential investors do. Just as in Akerlof’s used-car market, the sellers know more than buyers. However, in the start-up market, the information asymmetry is bilateral; investors often know considerably more than the entrepreneurs about start-ups in general, even though they know less about the specific start-up in question.

This bilateral asymmetry often manifests itself in the form of a dispute about valuation. If the entrepreneur knows (or, since, “knows” connotes a true belief, perhaps a better word is “believes”) that the company is destined for greatness, the entrepreneur will demand a high valuation. But, potential investors, without the benefit of that “knowledge” will rely more on their knowledge of start-ups in general, many of which turn out to be “lemons”. Investors are often unwilling to pay as much as the entrepreneur demands.

In some cases, the entrepreneurs beliefs are well-founded. A CEO may know that she has put together a truly exceptional team, that she has made a technical break-through of great significance, or that the market is about to change in a profound way. However, entrepreneurs are invariably optimistic; otherwise, they wouldn’t be entrepreneurs! So, most enterpreneurs believe that their team is exceptional (even when it is not), or that their technology is a fundamental break-through (even when it is an incremental improvement), or that a market is about to change (even when change is far off). Even without any intent to deceive, entrepreneurs are often poor evaluators of their own enterprise. The seller of a used car in Akerlof’s model knows whether the car is a lemon; the entrepreneur generally has a strong belief that the business is not a lemon, even when it is!

In the car market, it’s rational for buyers to ask a mechanic for an independent, third-party opinion of the car. During due diligence, investors learn from the entrepreneur (who knows more about the business than the investors), but also talk to independent third parties to form an opinion of the merits of the business.

Entrepreneurs with good businesses are generally able to find investors who recognize the strength of the business. But, in some cases, great businesses may be significantly undervalued because the information asymmetry is too great; investors cannot perceive the value that entrepreneurs know is there. In those cases, entrepreneurs may have no choice but to accept a low price, just like the sellers of quality used cars in Akerlof’s model.