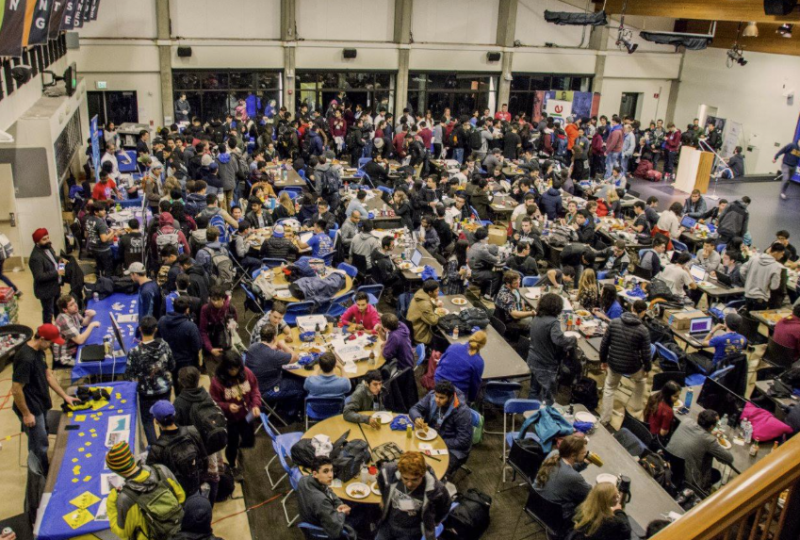 Hack UCSC 2017 was bigger and better than ever before!

This year, from January 20 – 22, 600+ people were found at all hours of the day and night in the Porter Dining Hall guzzling red bulls, munching on pizza, and working on their very creative projects.

Participants from across the country traveled to attend Hack UCSC. People gathered to hack and create the best projects they could during the 3-day event. On Friday evening, the participants formed over 100 teams with whom they worked throughout the weekend. This hackathon was an opportunity for students to create innovative projects and meet people from all over who shared a love of collaboration and technology to make meaningful and lasting experiences.

Hack UCSC 2017 was a featured hackathon by DevPost, the leading hacker submission tool. DevPost was used to collect all of the students projects. All of the Hack UCSC 2017 winners can be viewed here! 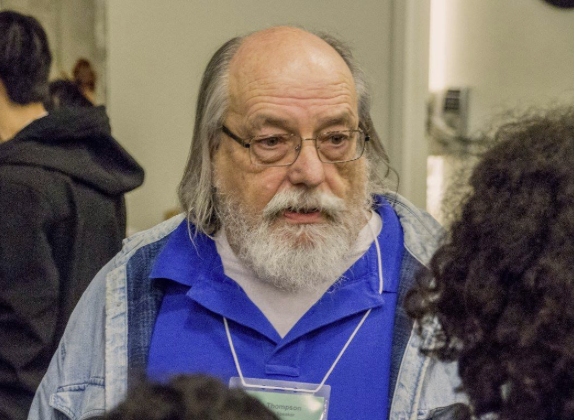 The event started out with a talk by Ken Thompson, the tech pioneer who designed and implemented the original Unix operating system. (Credit: Stephen Louis Marino)

The weekend started out with a talk by Ken Thompson, the creator of UNIX and the programming language B — which laid down the foundations for C. He kicked off the opening ceremony by answering questions directly from the students. Before the event, attendees submitted questions they wanted answered, and everyone was able to vote on the ones they wanted to hear from Ken. Ken’s knowledge excited the students, and was a great start to a busy weekend.

Because the organizing team only had seven people, this event would not have been possible without volunteers. It was impossible for all members of the organizing team to always be present, which is where the volunteers came in. The volunteers spent their time setting up the event, helping with food, and overseeing alongside the team. When the weekend came to an end, the volunteers also did a fantastic job wrapping everything up. Formula Slug sent their team to help both night and day at the event. Without their tremendous help, the hackathon would not have gone as efficiently or as smooth.

In addition to the great volunteers, the team also took a chance by partnering with Major League Hacking (MLH) for some extra help, which proved to be one of their best decisions! MLH sent two representatives to Hack UCSC: Alex Walling and Nick Quinlan. Without their suggestions and help throughout the event, the event would not have been able to offer awesome things like the hardware lab, challenges throughout the event, unique prizes, and hacker support. 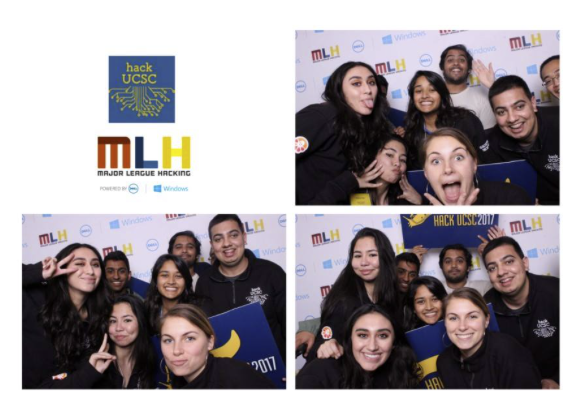 The hackathon had 31 sponsors, a list of which can be found on the website. Of those 31, the top sponsors were Tomer Kagan and Bug Colligan. Without the support of Tomer and Bud, this event would not have been possible. Their generous sponsorship of Hack UCSC 2017 enabled the event to be free for all attendees.

This Hack UCSC had the most sponsor prizes of any event before it. These prizes were hosted by a variety of companies: CITRIS, Santa Cruz Community Foundation, Pyze, Project YX, Google, Microsoft, UCSC Arts Division, UCSC Graduate Division, SHE++, Hack Harassment, Domain.com, and Amazon Web Services.

This event was a first for many things, including workshops. This was the first year the team organized workshops for individuals coming in with a plethora of different skills and interests. The workshops were led by people in the industry with a lot of experience in certain areas, and because of this, attendees found them tremendously interesting and informative to be able to listen to and ask questions at.

Hack UCSC 2017 was the biggest and best hackathon thus far at UCSC. With all of the new additions this year, the event appealed to all across the country. But the work isn’t finished yet, planning for the next hackathon is already under way. See you next year!