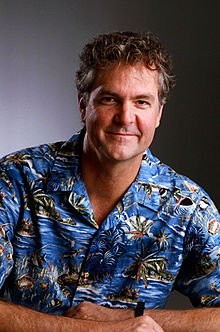 (Photo above, David Haussler, professor of biomolecular engineering and director of the Genomics Institute at UC Santa Cruz. Source: UCSC.)

Professor of biomolecular engineering is among the experts who helped shape the initiative’s new focus on science.

The Chan Zuckerberg Initiative (CZI), launched in 2015 by Facebook CEO Mark Zuckerberg and his wife Priscilla Chan with an initial focus on education, has announced that its second major focus will be on basic science research to advance disease prevention and treatment. CZI will make an initial investment of at least $3 billion over the next decade to accelerate medical research.

David Haussler, professor of biomolecular engineering and director of the Genomics Institute at UC Santa Cruz, was among the top scientists and experts who helped shape the initiative’s approach and identify opportunities to have a real impact. He is also one of seven influential leaders appointed to a Science Advisory Board for the initiative.

“The Chan Zuckerberg Initiative is poised to transform biomedicine with empowering new technology and a new spirit of cooperation,” Haussler said.

The initiative’s first major investment in basic science research will be the creation of a new independent research center called Biohub. Based at the UCSF Mission Bay campus and formed in partnership with UCSF, UC Berkeley, and Stanford University, the center will serve as a nexus for collaborations between experts across multiple disciplines. Biohub will be led by UCSF biochemist and UC Santa Cruz alumnus Joseph DeRisi and Stanford bioengineer Stephen Quake.

As a collaborator on the international Human Genome Project, Haussler’s team posted the first publicly available assembly of the human genome sequence online in 2000 and subsequently developed the UCSC Genome Browser, a widely used tool for biomedical researchers. His group’s work in cancer genomics includes creating the first public cancer genome database for the National Cancer Institute (CGHub) and collaborations with cancer researchers at medical centers nationally on efforts to discover molecular causes of cancer and pioneer a new personalized, genomics-based approach to cancer treatment.