Q&A: Real-time Campus Shuttle Tracker is Up and Running 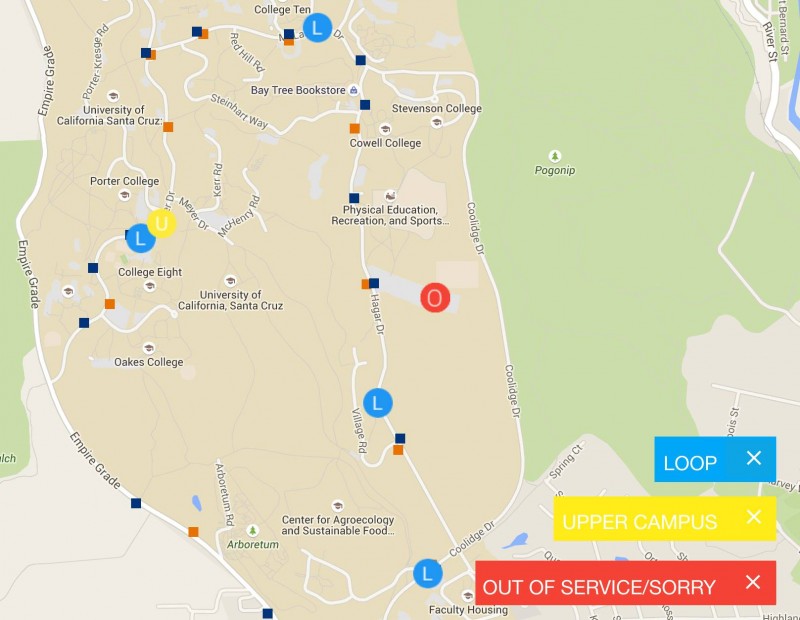 UCSC Transportation & Parking Services (TAPS) just launched the Bus Tracking System (BTS) whose app is called Slug Route, http://slugroute.com. The long-awaited real-time campus shuttle tracker was developed over the past several years as an academic project, and funded by TAPS. BTS will make it easier for campus transit users to decide to take the campus shuttle instead of getting on the next Metro bus. There’s even talk of bringing this technology to the Santa Cruz Metro bus system.

Santa Cruz Tech Beat had a recent an opportunity learn about the BTS directly from the team.

SCTB: What does BTS/Slug Route do and who is it for?

BTS: SlugRoute is part of the Bus Tracking System (BTS) which is both a hardware and software platform that allows riders to track the campus transit shuttles in real-time. BTS allows users of the campus shuttles to find out when the next shuttle will arrive at a given bus stop which will likely avoid unnecessary use of Metro buses for routes served by the campus shuttles. This will likely result in substantial savings for the University. TAPS will also be able to monitor the effectiveness of their bus schedules and make the system more efficient in the future.

SCTB: What is your recent milestone?

BTS: We currently have most campus shuttles outfitted with the BTS system and being tracked; the remainder will be equipt this summer, with full operation planned for Fall 2015. Recently, we finished our MVP for Android and web. This includes the mobile site and a functional server back end. The iOS app will be available in the near future (hopefully by the end of summer).

SCTB: I seem to recall this app started at a UCSC Hackathon. Is there a connection?

BTS: Wade “Simba” Khadder, a second-year Computer Science undergraduate student, built a prototype at this year’s UCSC Hackathon under the name ‘Commute.’ It included functional hardware for tracking, a server setup, and an Android app. He met with Larry Pageler, TAPS director, who directed Wade to the rest of the group. We were then able to integrate Wade’s app with the rest of BTS.

SCTB: How did this (presumably) student project transition into a TAPS project?

TAPS has provided about $33,000 in funding for fabrication of hardware—which includes new destination signs—and in January 2012 secured a $9,900 UCSC Carbon Fund Grant to support the program. 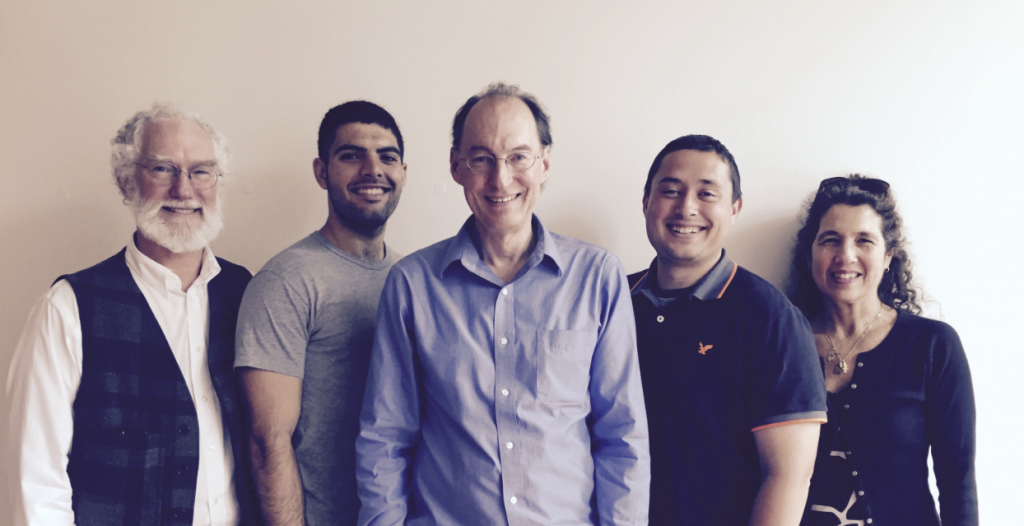 SCTB: Who’s on the BTS team? Students and/or staff and/or faculty? Are you (if students) getting paid or credit (or something else)? What is the i-NRG lab?

BTS: BTS is 100% academic. It started as an a Computer Engineering/Electrical Engineering senior design class project and later became the topic of a MSc thesis. Currently, the team includes:

SCTB: Aside from BTS being something of value to UCSC, it’s always interesting to hear if there are plans for the technology to be used beyond UCSC. Can this app be extended to serve the entire city bus system? Other campuses and cities? That is, is there a possible sustainable life to this beyond UCSC? Who would own and maintain it?

BTS: When the first version of BTS was being implemented, there were no other similar systems. However, today, many commercial or student-built technologies have been adopted by several University campuses.

There are plans to continue working on additional features for BTS so the system can keep evolving. These will be done by students either as senior capstone projects or graduate student research. For example, there are plans to have the buses also carry wireless nodes so that networking students will be able to test wireless protocols in an extremely mobile and intermittently connected environment.

We are excited to say that there are preliminary talks in the works to see if there is potential to bring our technology to the Santa Cruz metro system.

SCTB: What were the top three challenges of bringing BTS to fruition?

BTS: The most difficult challenge was creating hardware that survives the harsh environment of a commercial vehicle. About half of the original BTS hardware that was deployed in buses in 2011 had failed after nine months. Veenstra designed new hardware to tolerate a bus’s vibration and electrical environment. Upgrading the old BTS base station hardware was straightforward but required scheduling a proper escort for rooftop access.

SCTB: What technology did you have to add to the bus?

BTS: BTS is a system that includes both a hardware and software component. Mounted on the new LED bus signs, the BTS 2.0 node uses GPS to get location information which is transmitted by the node’s radio to a base station. Five base stations on campus receive the bus-location data, which is then collected at a main server.

BTS: We plan to continue the project with a 100% student participation. Future plans include the iOS app, and addition of the research node, to name a few.