UCSC’s game design seniors don’t have time to suffer from senioritis as they rush to finish their final games for the 2015 Sammy Awards. The annual ceremony, taking place at the Rio Theatre on June 12, is hosted by the UCSC Center for Games and Playable Media.

For UCSC game design students, “The Sammys” are a chance to show off their games made throughout the year. For the seniors, it is their chance to demonstrate what they learned after four years of college and to celebrate the end to a year-long development cycle on their senior projects. The senior game design sequence, headed by Professors Jim Whitehead and Arnav Jhala this year, requires students to pitch their ideas, develop prototypes, create playable builds, market their game, and ship a final release – just like they will do in the real-world game industry.

Pushing the boundaries of what students create

This year’s senior game design sequence, now under the newly-formed Computational Media department, was explicitly focused on creating novel games that pushed the boundaries of what students could create. Students were encouraged to make art games, to utilize new technologies like the Oculus Rift, or to create their own unique hardware controllers. This call for exciting ideas yielded some of the most unique games in the program’s history. Student creations ranged from interactive experiences about long-distance relationships to destroying a city as a giant; from education games about calculus to interactive novels that experimented with cinematography; from balancing the delicate responsibilities of God to blowing each other up in flying chairs.

Some of these games with custom hardware are the first of their kind in the program. Battle Chairs duct taped plastic machine guns and air canisters to a wooden chair so that players can strap on an Oculus Rift and shoot down other players in a multiplayer deathmatch on flying chairs. In contrast, In God’s Hands built a stone tablet with string controls so that players could act as God and literally “pull the strings” to control the game world. Another team took on a massive endeavour, A Room too Far, developing an online map editor and building a full-size arcade cabinet for a four player dungeon crawler. It took by far the largest team in the program to accomplish its creation. 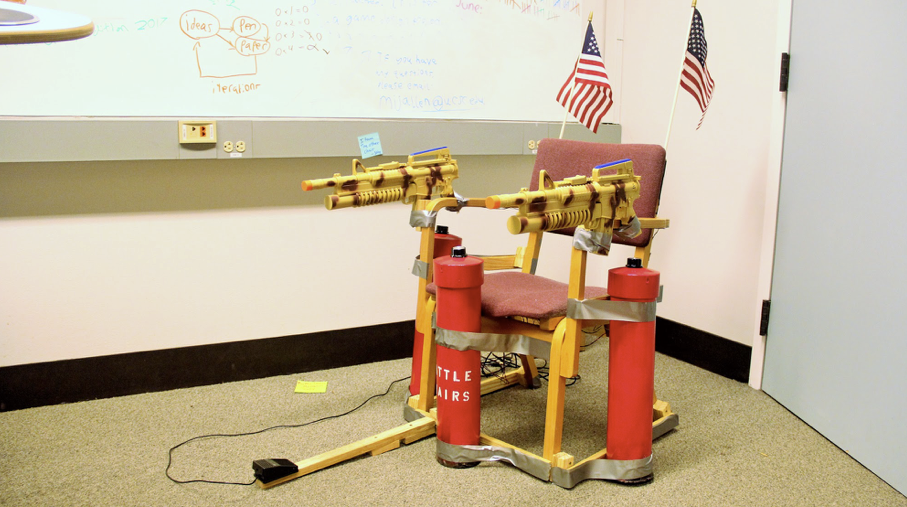 To match their game’s DIY-destruction aesthetic, the team behind Battle Chairs duct taped plastic guns, fake air canisters, electronic components, and American flags to a chair that players sit in to control the game. Image contributed.

“This is the most intensive thing I have ever done in my life,” Andrew Miller, A Room Too Far’s lead designer, revealed. “But this isn’t the real industry. We don’t have to worry about a monetization model and it’s not some academic research project. There is so much creative freedom in the program, I knew we had to make this game.” 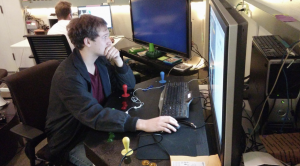 Andrew Miller, Lead Designer of A Room Too Far, edits some in-game assets while using his game’s arcade cabinet control panel as a desk. Photo contributed.

This opportunity to build games and the hardware that houses them certainly came with costs. With eight developers and twenty-seven people on its credits list, A Room Too Far, challenged the limits of scope in a student project. “We were fortunate to have so much help on the game and cabinet, but let’s be clear: We’re still building it,” Andrew told me in the final week of classes.

The stress of building games is easy to feel and almost always worth it. “I’m excited just to have a game we poured so much effort in to finally be out in the open,” Michael Birch, Lead Programmer of Sedimental Storm, explained. His game and about a half dozen others even submitted to Indiecade, an annual indie game festival, in hopes of getting even more exposure for their games.

These UCSC seniors are especially excited to show off their unique projects to the judges that will be coming to the Sammy Awards. The panel of judges– and even the audience– usually includes alumni and game industry veterans with plenty of experience programming, designing, and critiquing games. Come June 12th, judges will play the games during the day at UCSC and the awards ceremony will take place at night at the Rio Theater. Games in the senior sequence will be nominated for awards for Technical, Audio, Visual, and Design achievements in addition to the Peer Choice Award and the Grand Prize. No matter who the awards go to, it’s clear that The Sammy Awards will be showcasing fourteen of the most unique games from the UC Santa Cruz undergraduate program. 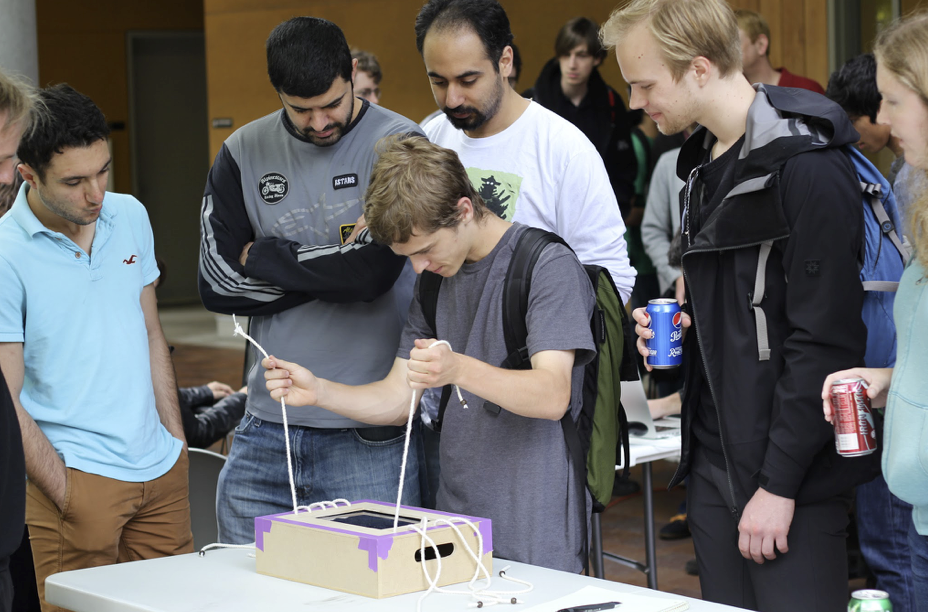 At UCSC’s Day of Play, onlookers observe a playtester pull the strings while testing out In God’s Hands. Photo contributed. 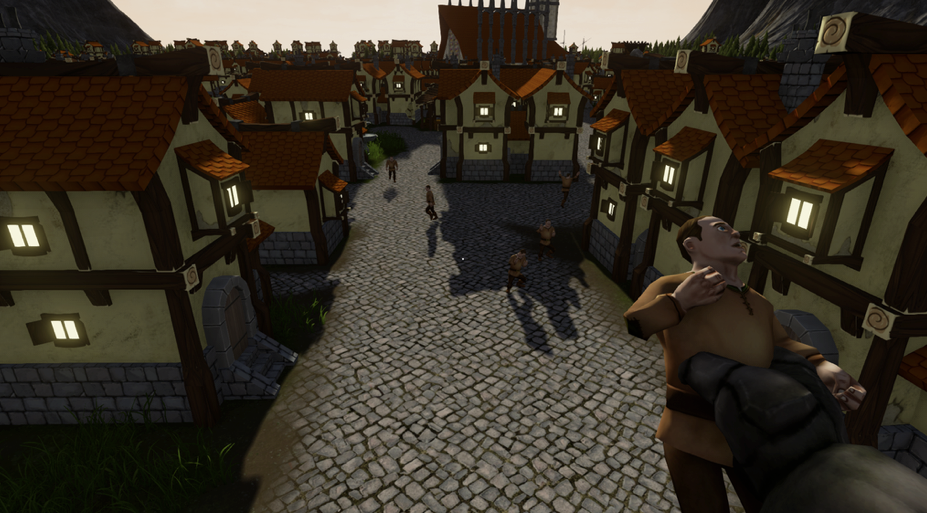 In Eye of the Giant, players strap on an Oculus Rift to roam around and destroy a city full of AI-controlled characters and destructible buildings. Image contributed.

Tom Beeman is majoring in Computer Science: Computer Game Design and Cognitive Science at UC Santa Cruz. He can be contacted at tbeeman93@gmail.com.