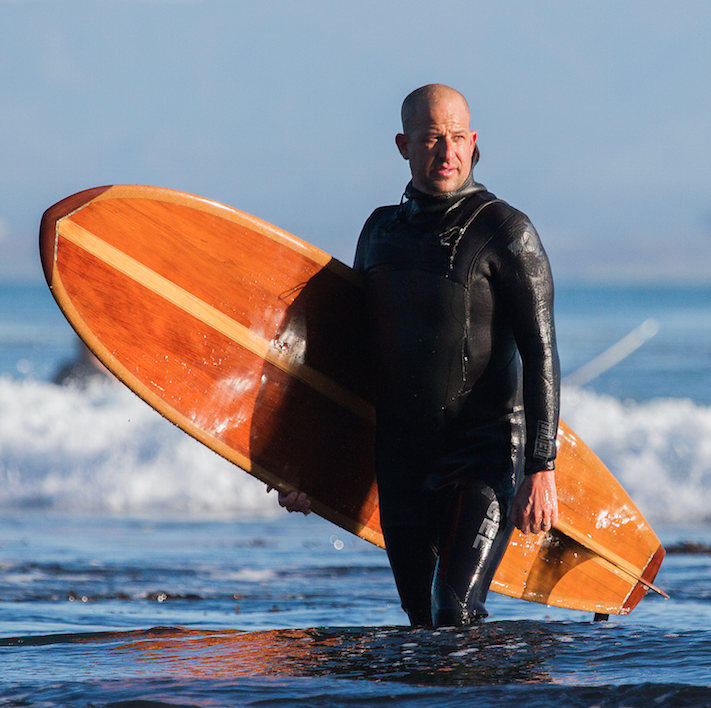 On one particular day last week, within the span of two hours, the name “David Dennis” came up three times. I figured it was time to meet the man behind the name. Six degrees of separation doesn’t apply in Santa Cruz.

SCTB: Your name has come up in a variety of contexts recently. It sounds like you’re a jack-of-all-trades. You work in Santa Cruz at NextSpace but you work for Microsoft. What do you do for MS and how did you come to do it out of SC?

DD: Nice to hear that. I’m involved in a number of projects so I wind up running in some diverse circles. I’ve been at Microsoft for almost 14 years. Right now, I’m responsible for the monetization of Outlook.com, Microsoft’s free, consumer email service. I’ve worked as a program management leader at Microsoft in Silicon Valley; Redmond, WA, and Madrid, Spain. I recently decided to stop managing teams and move to a product management role. That allows me to work remotely here in Santa Cruz.

SCTB: You’ve also got a few other businesses going locally.

DD: I’m pretty outgoing and love to connect with people around the world. My camera has allowed me to do that. I started a freelance photography business when we moved back from Spain and then started doing philanthropic portrait projects last year. I’ve done three so far focusing on education, ocean conservation and addressing homelessness. The first one was a series of portraits I shot in Cambodia. It was a benefit for the Scotts Valley Educational Foundation. It’s still on display at Jia Tella’s restaurant. My last show was a benefit for 180/180 Santa Cruz. It’s a terrific program that’s getting people into supportive housing, saving the community money and reducing crime. In between those two shows, I did a show for the Surfrider Foundation Santa Cruz Chapter. It was through that project that I met Martijn Stiphout, the business partner in our new venture, Ventana Surfboards & Supplies. My tech and product management background has been key for the company. Martijn is a master craftsman, making some of the most beautiful surfboards and handplanes in the world. I can barely cut wood, so I’m driving all the sales, marketing, business development, e-commerce work, social media outreach and the like. We’re doing everything with a high bar for environmental responsibility, and the business is really taking off.

DD: That’s my next philanthropic portrait show. It’s called Faces of the Digital Future. Many moons ago, I was a public school teacher. I worked in bilingual education in Costa Rica, Los Angeles and Salinas. I’ve always had a passion for helping underserved communities gain access to new opportunities. Empathy aside, it’s an economic imperative. We have incredible cultural diversity in the U.S. Our businesses need to mirror that diversity to better understand how to create products and services that appeal to a broader market. I first heard about Digital NEST from a fellow NextSpace member. I got fired up immediately. It makes great economic sense, has a terrific business model and is helping kids succeed. The photo show is May 16 from 2-6 pm at the YWCA in Watsonville. Tickets are on sale at Eventbrite. We’ll have food, wine and a live Latin music band. I’ve been shooting photos of students served by Digital NEST in tech companies around Santa Cruz and over the hill. The pictures show the kids “doing” the jobs they aspire to hold some day. Microsoft matches dollar for dollar everything I donate to charity. They also give $25 an hour to the organization for every hour I volunteer. At the event people can buy the photos for the people in the pictures and to use for decorating the walls of the Digital NEST. I’ll be donating all of that money to the program, and Microsoft will match it 100%. All the time I spend on the project will be matched by Microsoft, too. 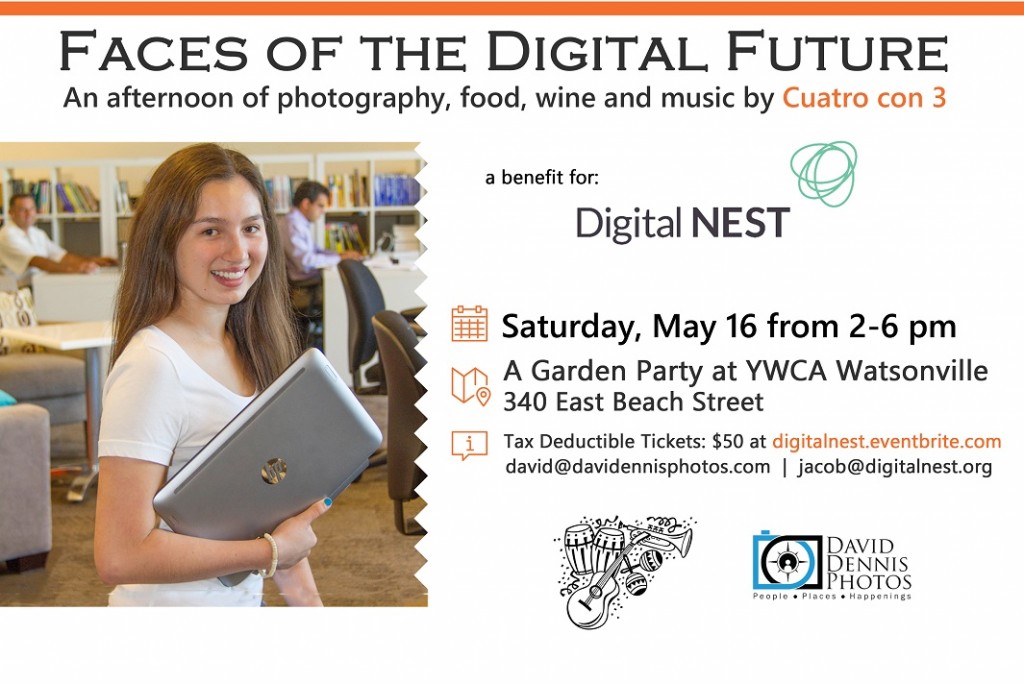 SCTB: How did you come to land in Santa Cruz?

DD: I grew up in Saratoga. My father was one of the first software entrepreneurs in the Silicon Valley. He started his first company in 1972 when there were still orchards everywhere and tech people had to explain to others what software was. I used to come to the beach as a kid, but I never could image living here. Santa Cruz was where all the cool kids lived. After a stint teaching in Costa Rica and LA, my wife and I moved to Soquel to take teaching jobs in Salinas. She started working part-time after our son, Jacob, was born, and I started doing web design on the side to afford to continue to afford to live here. Once our daughter, Amaya, arrived there was no way I could stay teaching. I co-founded a company called Miradi over in the Sash Mill. It failed miserably, but I built up enough experience to land a job at Microsoft. We were transferred to Redmond and then to Madrid. When I had the opportunity to move back to Santa Cruz and stay at Microsoft, I jumped at it.

SCTB: Somehow you’ve been finding the time to help college students find internships. How did you get into that?

DD: I’ll help anyone who comes to me for advice or assistance. I hope people will do the same for my kids and for me. If you help someone it usually comes back to help you. I recently met with a UCSC student, Daniel Kipnes, from Gesher Group. They’re a consulting organization that he co-founded on campus. He’d asked me to give him some advice on landing an internship, and he wound up connecting me with a business contact that has turned out to be very lucrative for Ventana.

DD: Giving a TED talk is a dream come true for me. My working title is “Homelessness, Surfboards and Living a Well Balanced Life.” The theme this year is Radical Collaboration. My philanthropic portrait projects are collaborative in ways I never could have imagined. Some incredibly diverse people and businesses have come together to raise money for some great organizations. And the projects have allowed me to put to use thingsthat I love, like photography, in a really impactful way.