Posted on March 27, 2014 by Sara Isenberg in Santa Cruz Tech Ecosystem
Share This: 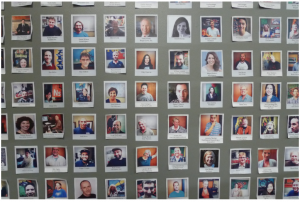 First: Our local tech scene is featured in an NPR Marketplace national broadcast:
Sick of the commute, Santa Cruz tries own tech hub.

This story was broadcast locally on KAZU last week in Stretching Silicon Valley to the Beach.

… But the local tech ecosystem is growing.

Close to 100 people showed up to a recent weeknight tech meet-up downtown, sponsored by the Santa Cruz Office of Economic Development. “Five years ago, we really had to beg to get people here,” says Doug Erickson, a regular on the Santa Cruz tech scene.

Afterwards, commuters fill out a survey designed to find out what it would take to make them stay in Santa Cruz. “What percentage of your current compensation would a Santa cruz opportunity have to come up with to get you to forgo your commute?” one question asks.

The man behind the survey is venture capitalist Bud Colligan. He’s lived in Santa Cruz for 18 years, but he didn’t always invest here. In December, Colligan started a group called the Central Coast Angels with 20 Silicon Valley veterans who live in Santa Cruz.

Listen to or read the full broadcast here.

“What we really felt when we came down here is that we could leverage the natural benefits of Santa Cruz to attract top talent, and that is what we have been able to do.” — Frank Bien, Looker

“Equally important to money will be the guidance and mentorship that experienced executives and investors can provide to Central Coast start-ups.”  — Bud Colligan, Central Coast Angels

“The phenomenal success of Nextspace and Cruzioworks, the companies growing out of these spaces like Looker and MakersFactory, startups coming out of NextSpace like Five3  Genomics, a forward-thinking local government, UCSC and the other scientific facilities in the region that are bringing national attention, dollars, and brainpower to the area—all coupled with our geographical location—make it an almost perfect storm, ready for an explosion of tech growth.” — James Hackett, Cruzio