Steve Blank: A Path to the Minimum Viable Product 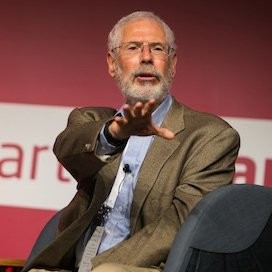 [Editor’s note: Steve Blank is a Silicon Valley entrepreneur based in Pescadero. Known by entrepreneurs and students as one of “The Godfathers of Silicon Valley,” Blank is the author of The Startup Owner’s Manual as well as several other books. Santa Cruz Tech Beat published Steve Blank’s UCSC Commencement address (6/18/19).]

I first met Shawn Carolan and his wife Jennifer at the turn of the century at 11,000 feet. I was hiking with my kids between the Yosemite High Sierra camps. Having just retired from a career as an entrepreneur I had started thinking about why startups were different from large companies. The ideas were bouncing around my head so hard that I shared them with these strangers around a campfire, drawing out the four steps with a stick in the dirt. Shawn immediately said the name I had given the four steps was confusing – I had called it market development – he suggested that I call it Customer Development – and the name stuck. What I didn’t realize was that both were graduate students at Stanford and later both would become great VCs – Shawn at Menlo Ventures and Jennifer at Reach Capital. (And Jennifer is now my co-instructor in the Stanford Lean LaunchPad class.)

Over the last two decades Shawn has seen hundreds of startups use the Lean Methodology. Many of them get hung up on understanding how to select the right minimal viable product. He came up with the concept to simply the search for product/market fit by using an MVP Tree.

It’s commonly believed that the top two reasons startups fail is because “there’s no market need” and “they ran out of cash.” These reasons are mental gymnastics to avoid a plain truth:startups fail when they don’t build a simple solution to a problem many people have.