Posted on May 7, 2020 by Sarah in Companies, Featured, Santa Cruz Tech Ecosystem 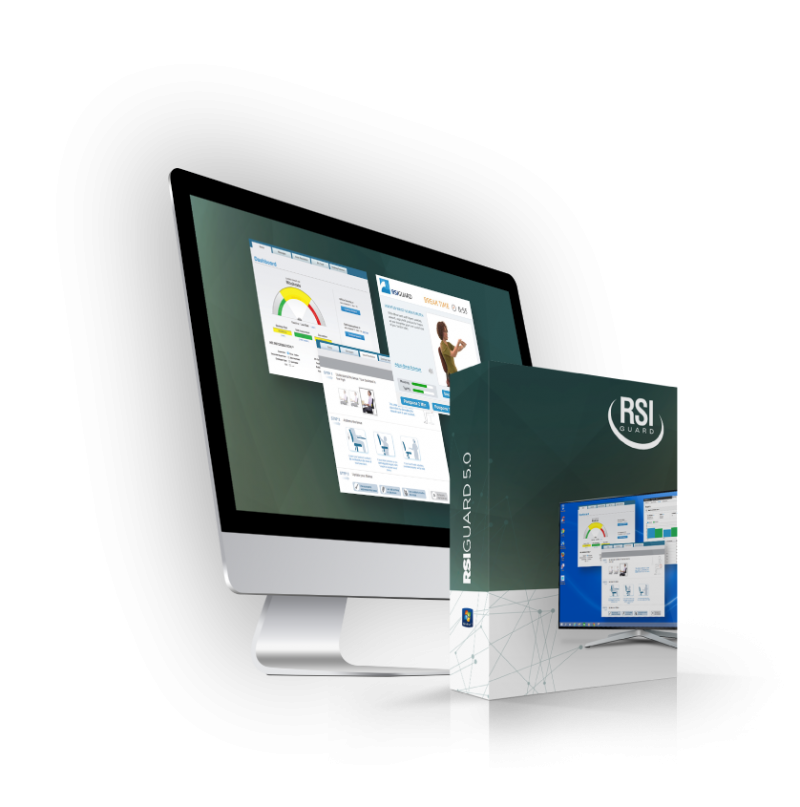 In 1998 I was working for Creative Labs in Scotts Valley writing code for a new digital mixer project, and the Nomad Jukebox (the predecessor to the Apple iPod). It was fun, intense work, and we were competing to be first to market. I watched dubiously as a coworker claimed his wrists hurt too much to work. But soon, like so many people who think computer injury will never affect them, my arms and wrists began to ach. I learned that repetitive strain injuries (RSIs) were real, debilitating, could delay a product release, and might ultimately trash my engineering career.

Eventually, intense pain prevented me from clicking the mouse. I found a free utility that would click for me, and I asked the author to make a few tweaks to make it more usable. He was “busy” and politely suggested I do it. Slowly, I did! My dev environment required that I come up with a name – I chose RSIGuard with far too little consideration. I thought I’d finish the program in a couple of months, never imagining I was starting a 20+year project.

I decided to make one of them new-fangled website things to test the market. Not long afterwards, I was contacted by Hewlett-Packard for a quote for 50 licenses. Since I wasn’t sure how successful an injured engineer would be at Creative, I took the bait and gave notice.

The next couple years were tricky. I was writing “injury prevention software” and most of the world had no idea what that was. A lot of people still believed that RSIs were a form of hypochondria. I had a product that my own body told me was critical, but that was considered useless by most. But, alongside some competitors and forward-thinking companies open to reality of computer-related discomfort, the sector grew and RSIGuard was profitable by its second year.

It expanded into modeling how people work on the computer and used machine learning to predict a user’s risk and identify ways to mitigate it. I loved designing unique algorithms, learning about ergonomic science, exploring the psychology of behavior change, and designing intuitive user interfaces.

But since I knew nothing about running a company, I was happy when approached for acquisition. A lawyer-relative advised me well, and when my acquirer went bankrupt a year later, RSIGuard ownership returned to me. After that false start, I got reacquired by a cool company in Sausalito. That company grew to 25 people, and I continued to focus on RSIGuard from Santa Cruz – but now with the support of an awesome team.

I remember passing a million users, and realizing that RSIGuard wasn’t my little side project anymore. We had a happy user base that often shared their passionate appreciation with the team. Because RSIGuard gathers unique ergonomic data in the cloud, our database has enabled us to work with scientists from around the world. Our risk models genuinely help people avoid injuries at the computer, and it’s incredibly gratifying to get to do this kind of purposeful work.

In early February, our company was swallowed up again, just a month before the coronavirus took hold and millions of people started working from home. I approached the new leadership and asked if we could offer RSIGuard to help. Having just spent the money to buy a new company, I was pleasantly surprised that they were open to helping. We agreed that anybody could use RSIGuard for at least six months for free – no strings, nothing to buy. Anybody is welcome to use it by visiting www.rsiguard.com/homefree