Posted on May 30, 2018 by Sara Isenberg in Companies, Featured, Santa Cruz Tech Ecosystem 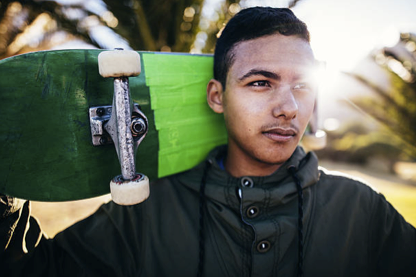 (Photo above: NIH reviewers determined that the proposed mobile app approach is a promising way to help this high-risk, hard-to-reach population. Contributed.)

dfusion has been funded by the National Institutes of Health (NIH) to build an app to help young Black men who have sex with men (MSM) prevent acquiring HIV. Why? Because:

While great progress has been made combating HIV transmission rates nationally, the infection rate among young Black MSM still surpasses that of other groups. Many effective HIV prevention programs exist, but only 5% of them address same-gender sexual activity in teens. Surprisingly, not a single program was specifically designed for young Black MSM.

Tune in, Turn on, Turn up (3T) is a multimedia interactive smartphone app designed for use by Black MSM ages 14-17. While 3T stresses HIV education and prevention (e.g., HIV testing procedures and locations, free condom providers, pre-exposure prophylaxis/PrEP), it does so in a sex-positive way that is designed to enhance the user’s sexual experiences and promote healthy relationships. In dfusion’s research, young Black MSM repeatedly expressed a desire to better understand what a healthy relationship looks like and how to express and negotiate relationship roles. dfusion also discovered that there are significant communication deficits between young Black MSM and their sexual partners. As a result, 3T will also emphasize the importance of effective communication.

3T’s mobile platform allows the user’s experience to be tailored based on his particular activity and inputs (e.g., gender identity, reported number of partners, frequency of sexual activity). By guiding the user to content specifically tailored to his needs, it helps him to clarify what he does or does not want to do sexually, effectively communicate his choices, and learn how to enhance his sexual experiences while reducing his HIV/STI risk. A prototype of the app was developed with Phase I funding and tested with 60 young Black MSM research participants. Participants requested communication features so they could connect and support each other as well as contact health educators for accurate answers. The fully-developed app will include these social networking and communication features.

The development team will use Adobe Animate/Flex/AIR – allowing the application to be packaged for several mobile platforms, including Android and iOS, with only one programming effort. dfusion chooses to develop native apps rather than a mobile site to allow for use of integrated smartphone features such as the GPS, access to SMS, and the camera. 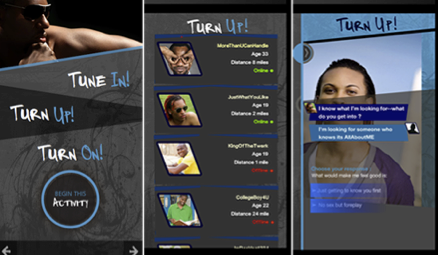 The study will be led by dfusion’s Tamara Kuhn, an experienced research scientist and digital intervention developer, and ETR’s Dr. Karin Coyle, a nationally acclaimed intervention developer and researcher on adolescent healthy relationships and sexual and reproductive health. They are supported by a group of advisors and a stellar project team to fully develop the app and conduct the rigorous evaluation.

About dfusion
Founded in 2014, dfusion incubates and develops science-based innovations for health and wellness, particularly for youth. dfusion staff are thrilled to have their first Phase II project, to contribute to a critical HIV prevention effort, and to be able to boost the local economy.