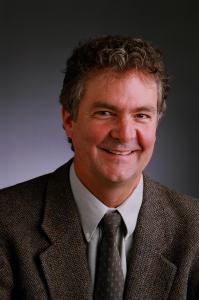 David Haussler wore his trademark Hawaiian shirt underneath a blazer last week in San Francisco. Haussler, who played a seminal role in the Human Genome Project, has been a regular at the Molecular Medicine Tri-Conference*. This year, Haussler came back to the stage to discuss using the power of big data to help pediatric cancer patients.

Haussler, Professor and Scientific Director of the UC Santa Cruz Genomics Institute, first gave the audience some facts about pediatric cancer. In the US, Haussler said, an average of 43 children are diagnosed with cancer every day. Some pediatric cancers are treatable, but many are not. Some, like Diffuse Intrinsic Pontine Glioma (DIPG), are incurable from the moment of diagnosis. It’s also important to understand, he said, that pediatric and adult cancers are very different. Adult tumors usually have hundreds more mutations than children’s tumors, meaning that pediatric tumors have fewer targets for drugs. In addition, most approved drug therapies are targeted towards adult cancers. And finally, pediatric cancers usually progress more rapidly and more aggressively than their adult counterparts.

At UC Santa Cruz, Haussler is the co-founder of the Treehouse Childhood Cancer Initiative, a program that enables the sharing of genomic pediatric cancer data between institutions. He is also a principal investigator of the California Kids Cancer Comparison, which collaborates with other researchers and physicians across the US (many in the UC system), and uses the power of large-scale bioinformatics to analyze patients’ tumors.