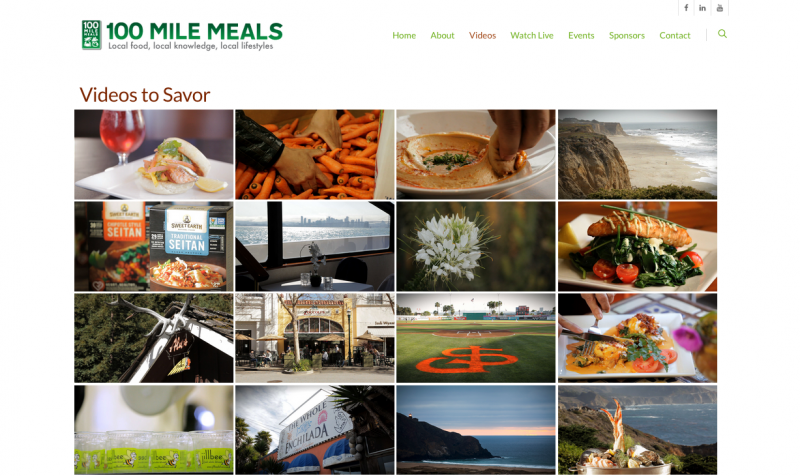 New technology will make Santa Cruz a star on screens of all sizes, anywhere, anytime.

Once upon a time when you wanted to broadcast to a large audience, you had to work for a TV station. I did so, for 20 years. KMST (KION), KCBA, and KSBW. Now? A larger audience is best reached by NOT working at a large TV station. “Over the TOP” or OTT, is the latest buzzword for Internet TV. IPTV or Internet Protocol Television has come of age thanks to Netflix, Hulu, Apple TV and the like. You do it. Every time you watch youtube on your phone, or catch the Warriors game on your tablet, or your favorite movie. Smart media is media that meets the viewer where ever and when ever he or she is. It’s referred to as “TV everywhere.”

This TV everywhere concept is an industry disrupter to be sure, but rather than “killing your television” as the bumper sticker used to implore, it’s increasing viewing. The online research firm, Ooyala Research, reported in 2016 that mobile viewing now represents 58% of all online viewing, up from 46% in just a year. Verizon, Google, Facebook, Twitter and more, are inking direct content and delivery models at gigabit speeds.

Roku is the OTT leader with 48% of the streaming device market. ROKU offers channels about Spain, cooking, artisan wines, Korean dramas, wrestling, rugby, tennis, zumba, kung fu movies, movie trailer channels, and well, you get the picture. 20 million ROKU’s have shipped and with them the TV guide and connectibility to 750 channels, most free to watch. Into this brave new world come four new ROKU channels by a small Santa Cruz media company. Mine.

Dunbar Productions Inc. along with partner Destination Media Solutions, pioneering producer of Tahoe TV, now have four new streaming channels approved by ROKU. Our foodie/wine/farm show 100 Mile Meals, and a visitor channel each for Santa Cruz, Monterey and Carmel. They were born out of our mission to bring a hyper local in-room visitor channel to these communities via servers in each hotel property.

Hello disrupter!  Five years later viewer habits and the cloud can carry these channels directly to the viewer while he or she is here, and more important, anytime. Want to check out the weather and what’s happening in Santa Cruz to plan a visit? Tune in. Want to show somebody how much there is to do here to win a debate about where to spend the weekend? Tune in. Over coffee? Sure. Before bed? Sure. TV everywhere.

Who cares? Everybody in the video food chain. Dish network lost more than 1 million customers in 2016. $15 Billion plus in lost revenue. And that is just one provider among many. The good news? Video content by and about US is being welcomed onto larger, changing platforms of distribution, including Roku, at a fraction of the historic rates charged to reach a large audience.

So, I ask you: have you “disrupted” anybody today?  Prime time is anytime, and you can capture a bigger audience more easily than ever. Oh, what a web we weave.