Building a Ladder to a Cure

Posted on March 31, 2016 by Sara Isenberg in Uncategorized 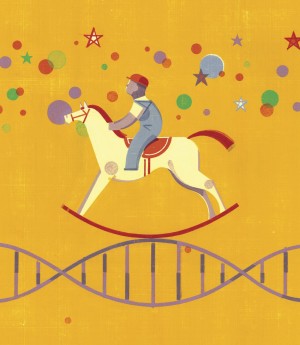 A cancer diagnosis used to be a death sentence for children. Now UC Santa Cruz researchers are opening a new front in the battle against the disease.

There can be no more heartbreaking diagnosis for a child than that of cancer. It doesn’t seem possible—or fair—that someone so young can be afflicted with a disease we often associate with aging.

And yet, cancer kills more children in the United States than any other disease.

A cancer diagnosis used to be a death sentence for young children. Doctors could offer very little to their youthful patients, aside from words of comfort.

But a team of researchers from the UC Santa Cruz Genomics Institute is using a unique combination of high-tech networking and data sharing to open up a new front in the battle against pediatric cancer, while looking into effective, targeted alternatives to the harsh treatments of the past.

“Using genomics to help guide therapy in a patient is not new,” said Olena Morozova, a postdoctoral scholar at UC Santa Cruz’s Center for Biomolecular Science and Engineering, and a lead researcher for California Kids Cancer Comparison, a project that aims to fight pediatric cancer by comparing cancer data from young patients across the globe. “What is new is our vision to share and consolidate all the cancer genomic data so that we can use the knowledge and the world’s data for the benefit of each new patient. We are literally learning and improving our approach with every patient.”

The “Treehouse” name comes from Lu Haussler, wife of UC Santa Cruz Distinguished Professor of Biomolecular Engineering David Haussler. She chose it as a visual metaphor for a branching project that is also a house, or destination, for gathering and sharing all pediatric cancer genomes.
“The long-term dream for the oncology field is to eventually replace all the aggressive, brute-force therapies like chemo and radiation with therapies tailored to the cells inside a patient’s cancer,” Morozova said.