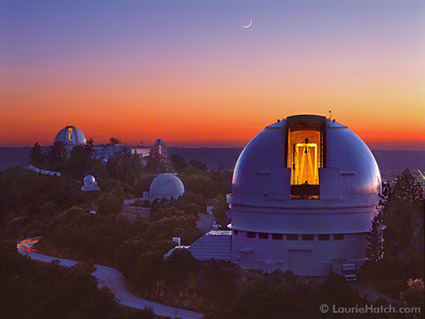 Google Inc. has given $1 million to the University of California’s Lick Observatory in what astronomers hope is the first of many private gifts to support an invaluable teaching and research resource for the state.

The unrestricted funds, spread over two years, will go toward general expenses, augmenting the $1.5 million the UC Office of the President gives annually to operate the mountaintop observatory for the 10-campus UC system.

“Lick Observatory has been making important discoveries while training generations of scientists for more than 100 years,” said Chris DiBona, director of open source for Google. “Google is proud to support their efforts in 2015 to bring hands-on astronomical experiences to students and the public.”

“Lick’s telescopes enable science projects that need lots of repeated observations during the course of a year or more; these can be done much more successfully at Lick than at the 8-10-meter telescopes, where observing time is extremely tight,” Max said. “Google’s very generous gift will make it possible for Lick to provide these opportunities and to continue to develop forefront tools such as adaptive optics, which removes image blurring caused by turbulence in Earth’s atmosphere.”