Do I have to surf to join the Surf Office? 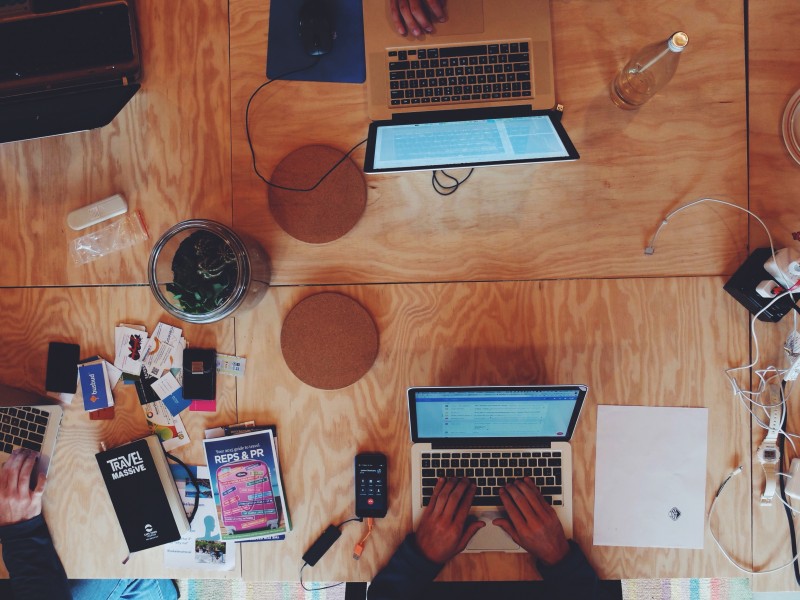 Emmanuel Guisset came to the U.S. from Belgium in 2010 to take a tech job in Silicon Valley, but his love for the ocean brought him straight to Santa Cruz. 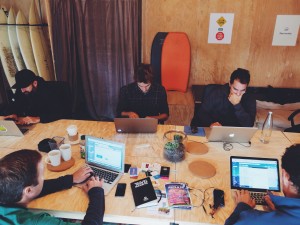 On “workation” at The Surf Office (photo contributed)

Quickly learning the misery of commuting to San Jose each day, Emmanuel began doing most of work between meetings at home in Santa Cruz, and developing a startup, Strobbr.com.

Feeling increasingly isolated by working at home or anonymously in a coffee shop, Emmanuel began wondering if there were others out there — entrepreneurs who wanted to stay productive while enjoying the coastal lifestyle.

That’s when the idea for a “surf office” came to him: a place where entrepreneurs, freelancers, employees on “workation” and digital nomads could live, work, and enjoy the ocean and outdoors together. The concept already existed in Spain — Emmanuel’s business partner Peter opened the first surf office in Gran Canaria — and Santa Cruz seemed like the perfect destination for the next incarnation. 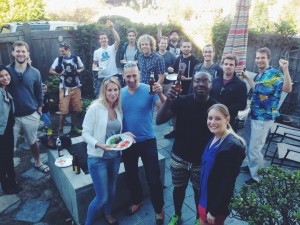 The Surf Office embraces the principles of digital nomadism and sharing economy. There is an increasing flow of people that prefer to focus on work/life balance rather than commute every day to a 9-5 job. Services like Elance, Airbnb, Eatwith, Getaround allow those people to enjoy this flexible lifestyle and work from anywhere.

Located a block from West Cliff Drive, The Surf Office describes itself as a “beach house” and boasts all the amenities one would expect from a high-class vacation rental: fast wi-fi, full kitchen privileges, flat screen TV, yoga room. Bikes and surfboards are also available to guests.

Separate from the main house is the coworking office, with desk space for eight, ample power outlets, a nook for phone calls, and more surfboard/bike storage.

A variety of guests

Since opening on November 1, 2014, Surf Office’s guests have included Brendan, the CIO of Booking.com who happened to be a talented surf photographer; Raphael, a web entrepreneur traveling around the world while working on his startup; and Joseph, who stayed at the Surf Office for two weeks while job hunting (he found one at the company Looker).

Emmanuel focuses on recruiting long-terms guests — from a few weeks to a few months — in order to cultivate a deeper sense of community.

The Surf Office is not a surfhouse

Guests often ask Emmanuel, “Do I have to surf to join the Surf Office?” His answer is that the Surf Office is not a surfhouse, it’s for “anyone who wants to enjoy the coastal lifestyle while still being productive.” So far just a handful guests were surfers but most of them enjoyed running along West Cliff in the morning, the weekly yoga sessions in the evening and the outdoors activities on the weekends. The Surf Office is not a hotel or a hostel either as every guest is interviewed to make sure they will fit in the community.