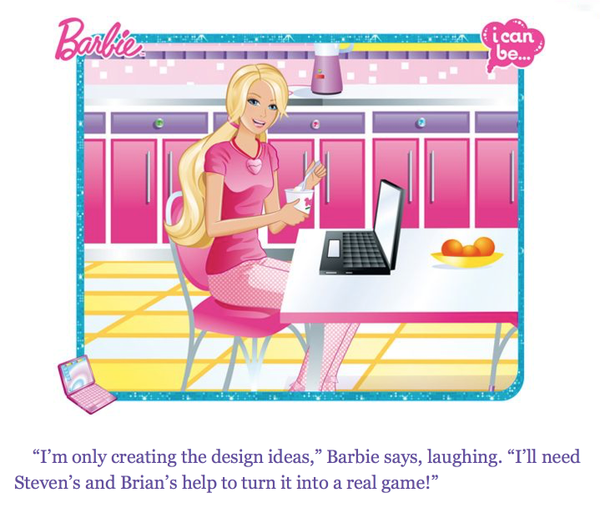 Santa Cruz local creates Feminist Hacker Barbie website in response to Barbie: I Can Be A Computer Engineer book

Listen to the NPR audio of this story here. 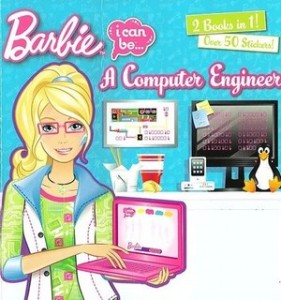 The book Barbie: I Can Be A Computer Engineer was originally published in 2010.

Women in the technology field have faced all manner of insults, including, most recently, GamerGate, which highlighted sexism and harassment in video game culture. This week, another insult — from a seemingly more benign source — set off a loud online cry of: “Are you kidding me?”

A book called Barbie: I Can Be A Computer Engineer was originally published in 2010. Author and Disney screenwriter Pamela Ribon discovered the book at a friend’s house and was initially excited at the book’s prospects, she tells guest host Tess Vigeland.

But then she continued reading.

“It starts so promising; Barbie is designing a game to show kids how computers work,” Ribon says. “She’s going to make a robot puppy do cute tricks by matching up colored blocks.”

But then Barbie’s friend Skipper asks if she can play it, and the book continues:

‘I’m only creating the design ideas,” Barbie says, laughing. “I’ll need Steven’s and Brian’s help to turn it into a real game.”