“Just you, a touchscreen, and the magical ability to play the song.”

Thirty years ago, UCSC Professor Emeritus David Cope was publishing the first of his many 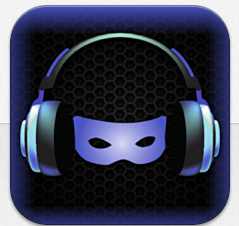 books and papers on algorithmic music composition — in turn capturing the attention of computer scientists, linguists, and musicologists alike. Inspired for this technology to bring music fans a new paradigm, a small team of scientists and music technology geeks recently set out to apply Cope’s insight to putting the fan in the band.

The result is JamBandit — an interactive music application that turns music fans into instant rockstars. The application is developed by Recombinant Inc where Cope is a co-founder. A number of people and engineers on the team also hail from Santa Cruz.

One of the guiding principles behind JamBandit is that music is inherently interactive. In virtually every culture, people dance and clap and tap their toes and air guitar, often involuntarily — as though they’re hardwired to respond. Yet, while most of the seven billion people on Earth are music fans, most music fans are not musicians.

Accordingly, Recombinant’s goal was to design JamBandit as an intelligent instrument that would be simple to play and give the average fan extraordinary creative capability. With JamBandit, there are no strings or frets or keys. There are no instructions or user manual. It’s just the player, a touchscreen, and the magical ability to play well.

The app is free and comes pre-loaded with a few songs to get started. Additional songs are $.99, including popular titles by The Beach Boys, BB King, Allman Brothers, and others. Players can improvise a wide variety of songs and share performances across YouTube, Twitter, SoundCloud, Facebook, and email.

On a technical level, what’s happening is that Recombinant technology analyzes and translates the meaningful elements in music. The compositional data of each song becomes a safety net on which the player can do no wrong.

The absence of wrong notes and visual cues can be momentarily disorienting to real musicians, but the dynamics are very easy to pick up. To an average fan who loves music but doesn’t play an instrument, the experience feels like virtual talent.

“The goal of JamBandit is to deliver a powerful fantasy to the fan, while creating a significant new revenue stream for the artists and rights holders who make that experience possible.” said Dave Park, CEO of Recombinant.

While testing and refinements are constantly happening, JamBandit has already been installed more than 20,000 times, generated sales in 59 countries, and converted free installs into paying customers at a healthy double-digit percentage without Recombinant spending a dollar in advertising.