Posted on May 10, 2018 by Sara Isenberg in Featured, Santa Cruz Tech Ecosystem 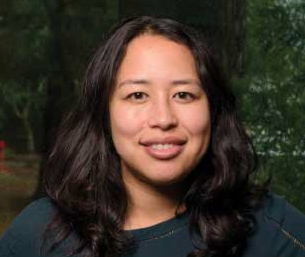 (Photo above: Angela Brooks is an Assistant Professor of Biomolecular Engineering and a UC Santa Cruz Genomics Institute affiliate. Contributed)

Brooks was chosen by a selection committee comprised of representatives from a cross-section of the university community, including Women in Science and Engineering (WiSE), the Senate Committee on Affirmative Action and Diversity (CAAD), the Staff Advisory Board (SAB), the Office for Diversity, Equity, and Inclusion (ODEI), the Academic Personnel Office (APO), Staff Human Resources (SHR), the Student Union Assembly (SUA), and the Graduate Student Association (GSA).

UC Santa Cruz Chancellor George Blumenthal said the selection committee’s decision was especially difficult this year because “all of the nominees contributed to furthering diversity and inclusion on campus in meaningful ways.”

Brooks, who was named a Scientist to Watch in 2017 by The Scientist Magazine, said she is passionate about promoting diversity in research. “My big goal is to increase the diversity of the genomic data we study while also making it possible for scientists from diverse populations to study these genomes,” Brooks said.